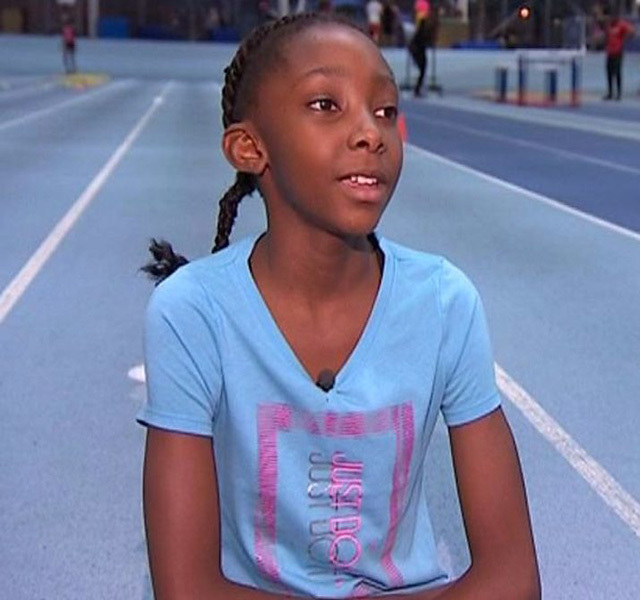 Savannah Morgan is proving that Britain has definitely got talent! The young athlete is the UK’s fastest 10-year-old girl in Britain. And of course, this talented athlete is definitely eyeing the golden prize-a 2018 Winter Olympic gold medal.

Recently Morgan, in the Minithon 60 m race in London, crossed the finish line in 8.50 seconds as she represented St. Mary College School, Kings Heath. If she would have completed the race half a second sooner, she would have been set a new world record for 10-year-old athletes; however, gaining the title as fastest in Britain, isn’t too shabby.

“I like competing against people I don’t know. I like running, it make me happy and excited. It’s nice to find out what I’m good at and what I’m not good at,” the talented athlete told the Northampton Chronicle.

Now that she’s conquered Britain, Morgan’s sights are on Pyeongchang County, South Korea-the stage for the 2018 Winter Olympics. With only a few months to prepare, as the Olympics are slated for February 2018, will Morgan be ready to claim her coveted prize?

Well, her family and coaches think so! Although she will have to train and study almost simultaneously, everyone think that 2018 could be her year.

Check out the video below! We definitely can see why Morgan is Britain’s fastest girl on record! It is no doubt that she will hold Olympic gold one day, and we are rooting for her that it will be soon!