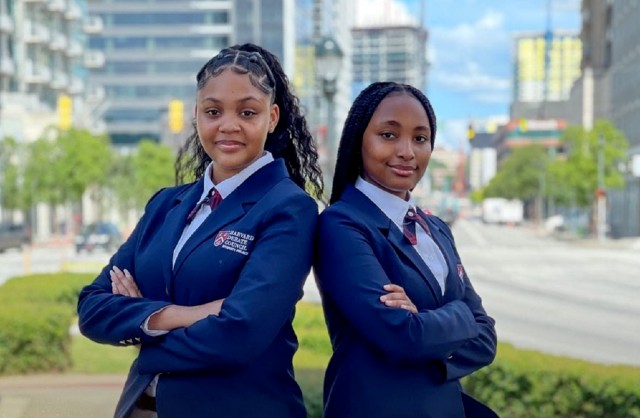 Sixteen-year-old Jayla Jackson and 17-year-old Emani Stanton are proof that #Blackgirlmagic is real as they just made history! The pair became the first black girl duo to win an international debate competition at Harvard University.

Every summer, the Harvard Debate Council, one of the oldest organizations on the illustrious campus, hosts a two-week summer intensive residential program for gifted international students. Every year, the program culminates with a debate tournament. However, this year, due to COVID-19, the competition and residency were held virtually. Yet, that didn’t stop Jackson nor Stanton from taking top prize.

Jackson, a rising junior at Holy Innocents’ Episcopal School and Stanton, a rising senior at North Atlanta High School solidified their place in competition history by not only winning the debate competition, but doing so with a perfect record.

Fleming makes sure to let his students know that the program is “bigger than debate.”

Fleming stated in a recent interview that, “The achievements of this program and our scholars reveals to the world the power of educational equity.” Jackson then turns his remarks to the historic win, “We want to use our platform to show people what’s possible when the playing field is leveled for those who need it most.”

So, just what can we expect from the Harvard Diversity Project in 2022?

Well, 25 new students have already been added to the 2022 Debate Team. In an interview with Black Enterprise, Fleming said that, “2020 was a tough year, but we made the best of it – understanding that we had a job to do.”

And the job was well done in deed. We cannot wait to see what the next Harvard Debate Council holds for these amazing young debaters!