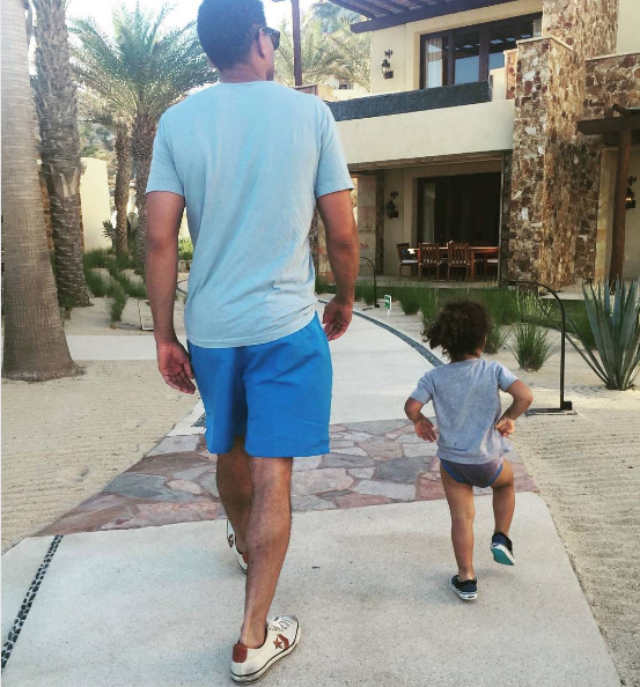 “#myjob …raise you up to be a man in this world that gives back and respects others, cultivate your good judgment and help you find you find your own way. Happy Birthday Elijah,” Michael shared along with a picture of his son. The Secrets and Lies star refrained from showing off his son’s face, but the actor photographed Elijah in a cute pose. “So beautiful,” one fan wrote. “Love this.”

Michael is not one to expose his kids to stardom prematurely. “Yeah, it’s tough,” the star said during an interview in which Wendy Williams told Ealy that finding pictures of Elijah was quite difficult. “I don’t think kids should be exposed unless you choose to do it,” he added. “I have no desire to do that.”

It was just last year that Michael and his wife welcomed their daughter. The couple kept their expectancy and little one’s birth under the radar but showered the infant with love the moment that she arrived.

“I just discovered a whole new love,” Michael gushed during an interview with Steve Harvey. “I’ve never, ever felt this way before,” he added. “I was wondering if I could love another child as much as I love my son. What I realized within hours of my daughter being born was that not only do I love her just as much, if not more. It’s a special kind of protective love.”

FROM MISSISSIPPI TO CALI-GIRL, TRINITEE STOKES WAS DESTINED FOR DISNEY