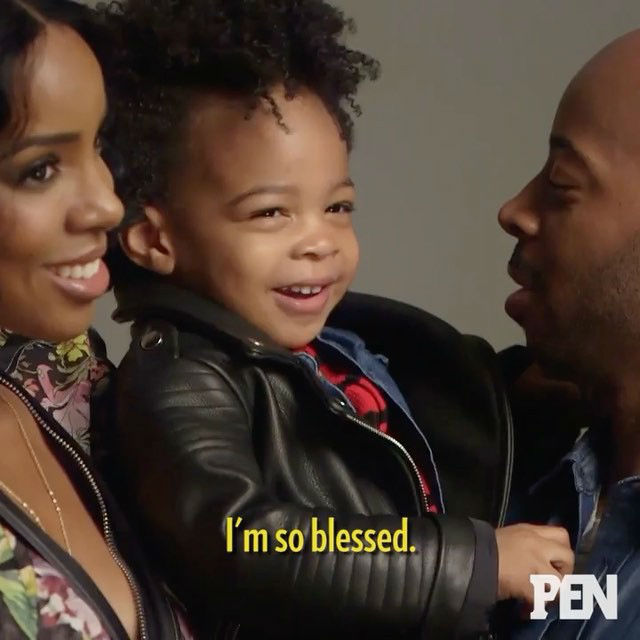 Kelly Rowland is living the dream as the mother of a 2-year-old son named Titan and wife of Tim Witherspoon. The star shares a snippet of her happiness with PEOPLE EW NETWORK in honor of the publication’s special “World’s Most Beautiful” segment.

The editorial decided to expand its “Beautiful” brand to the family unit this year, and who better to represent than Kelly and her party of three?

“It’s been awesome,” the singer says in her video segment. “My hopes for my family, one would definitely have to be for myself and my husband to raise a great man in our son, Titan. And for me and my husband to always just be loyal and honest to each other, and just remain best friends.”

All we can say after hearing @kellyrowland talk about her family is….AWWWW! #WorldsMostBeautiful

Rowland goes on to tell PEOPLE how she and Tim are inseparable. “Even on days when we’re just like, ‘Oh my god, we get on each other’s nerves,’ at the end of the day we still know there’s nobody else but us.”

Titan also plays a significant role in the family. “We have a great son,” Kelly gushes. The singer goes on to reveal that her toddler has a knack for the piano.

“He’s on it every day,” Kelly explains. “He goes back to the same spot, right in the same seat, and does a specific note every single day. He’s broadening his space and his keys on the piano, and I’m just amazed. So we’re about to get him piano lessons.”