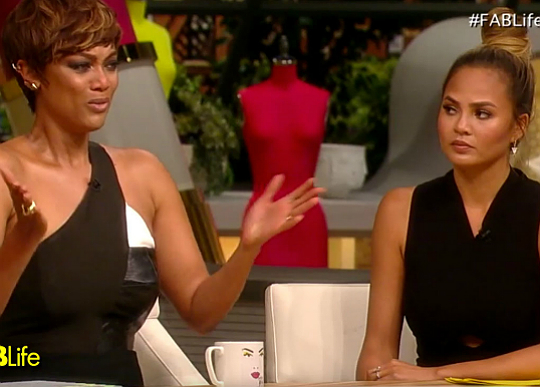 Tyra Banks’ new show, FabLife, is tackling all of the difficult questions, including those that have to do with fertility. Tyra and co-host Chrissy Teigen recently opened up about their struggle with starting and expanding a family during a segment on the new series.

“I will say, honestly, John and I are having trouble,” said Chrissy who has been married to singer John Legend for two years. “We would have kids five, six years ago if it’d happened. But my gosh, it’s been a process!”