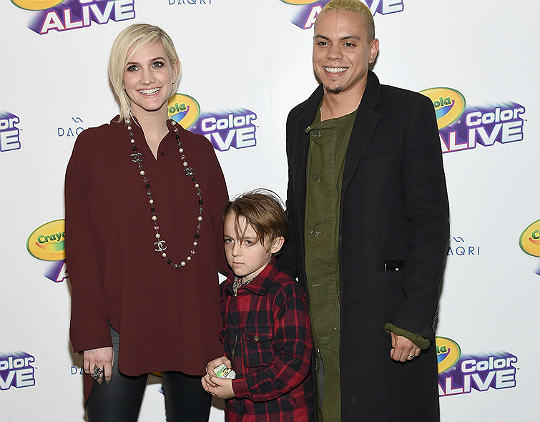 Congratulations to Evan Ross and Ashlee Simpson who welcomed a daughter on Thursday, July 30, 2015.  Us Weekly confirmed the couple’s newest addition with a family friend on Friday.

Evan and Ashlee announced their expectancy last December after getting married a few months prior. Ashlee, who has a son from a previous relationship, later told media that being pregnant again was different.

“I think that no matter what, with every child it’s different,” said Simpson to PEOPLE. “It feels new to me too, and it’s been six years, so I’m like, ‘Here we go! We gotta learn how to get the swaddle on again!'”

Evan also commented on his growing family during a conversation with Wendy Williams. Although he and Ashlee had a few names in mind at the time, Ross refrained from sharing any of their thoughts with fans.

“We have a few ideas, but we’re keeping that for us,” shared Evan. “No, it’s not going to be [a Hollywood baby name like] Apple, Orange or anything like that,” he added. “We got some ideas. It’s going to be different though.”

Ashlee was spotted out and about with Evan just days before giving birth to their daughter. The couple have not yet shared their baby girl’s name with fans.

CHAD JOHNSON'S DAUGHTER IS A TRACK AND FIELD SENSATION