CHAD JOHNSON’S DAUGHTER IS A TRACK AND FIELD SENSATION 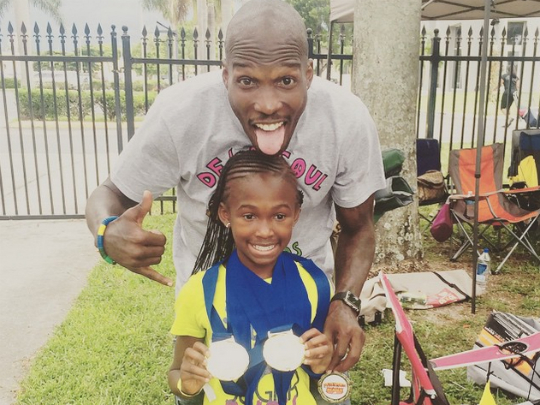 At just 10-years-old Cha’iel Johnson, daughter of star athlete Chad Johnson, is making a name for herself in track and field. The tween recently won a gold medal at the AAU National Championships for completing the 800-meter race in just over two minutes and thirty seconds.

The meet presented little competition for Cha’iel who finished her race six seconds ahead of the second place winner. Such performance definitely made her father beam.

Johnson is the proud father of five kids. Cha’iel is one of four daughters that he has, and the former NFL star has a son who is named after him. Watch Cha’iel compete in the AAU National Championships below.

SOFIA RICHIE IS THE NEW FACE OF 'MATERIAL GIRL'