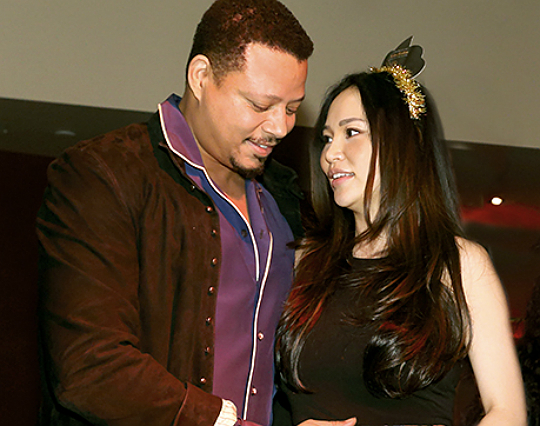 Congratulations to Terrence Howard and wife Mira on the birth of their son, Qirin Love. Mira gave birth to her and Terrence’s first child on Monday.

“He’s beautiful and strong and a whirlwind and my wife is so happy,” said Terrence of his family on Monday. The ‘Empire’ star shared the news of his son’s arrival exclusively with Access Hollywood. Howard also told the media source that his son’s name originates from the Chinese culture and has everything to do with prosperity and serenity.

Terrence and Mira confirmed their expectancy in January after several family friends told media that Mira was pregnant. “I have a son on the way,” said Terrence during a red carpet showing. “First baby so, very exciting for us,” added the star. The couple were expecting their son to arrive in May, which would have made Terrence’s grandson three months older than Qirin.

The ‘Empire’ star is the proud father of four children. He also has a granddaughter named Hazel, whom Terrence’s daughter Aubrey birthed in 2012, and a grandson named Adrian.