Home » NEWS » LOL! KIM KARDASHIAN COULDN’T USE MOST OF HER CHRISTMAS PICTURES BECAUSE OF NORTH

LOL! KIM KARDASHIAN COULDN’T USE MOST OF HER CHRISTMAS PICTURES BECAUSE OF NORTH 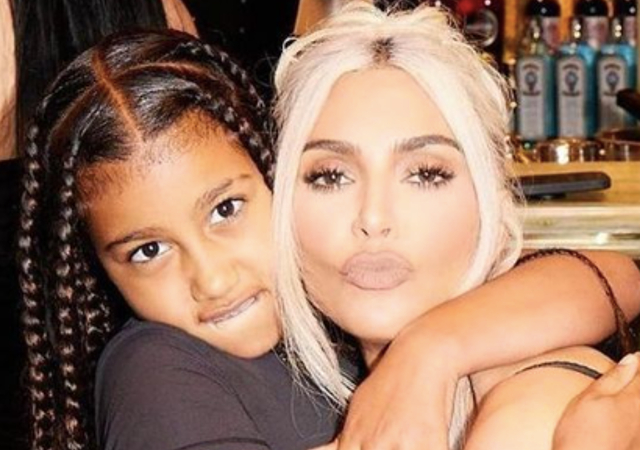 Kim Kardashian is trying to keep the holiday tradition of Christmas card photos alive. Her daughter, North West, however, will not let her be great. Kim revealed her daughter’s decision to stick out her middle finger during the photoshoot for last Christmas during the season finale of The Kardashians.

It is certainly no secret that Kim Kardashian has a hard time with the kids when it comes to preparing them for the annual Christmas card photoshoot. There was even one year that the celebrity mom had to photoshop her North into the shot because of her resistance to the process.

“We try to do a Christmas card every year,” Kim said during the season finale of The Kardashians. “My mom did that with us our whole lives and taking a family photo is the most stressful time in my life, like, no matter what,” the celebrity mom said.

“You could never predict what our Christmas card is gonna be like, because it’s just so stressful,” Kim further explained in a confessional segment. “They always cry,” Kardashian shared with viewers. “Nobody gets along.”

Crying and disagreements are common when getting small children to come together for a cause. Last year’s holiday photo session came with an added surprise, though.

“Most of the photos I saw were unusable because North was sticking out her middle finger,” Kim said during the episode. “It’s days like this when I really just need to lock myself in the room by myself for just a good 30 minutes,” Kim shared. “It’s just a lot being a mom.”

North West is Kim Kardashian and Kanye West’s oldest child. She celebrated her ninth birthday earlier this week. Kim and Kanye have four kids – North, Psalm, Chicago, and Saint – in all. Saint West is the former couple’s oldest son.

EVE AND HER SON ARE 'READY FOR THE SUN'

EVE AND HER SON ARE 'READY FOR THE SUN'