"Thank You Cincinnati For All The Love And Support" 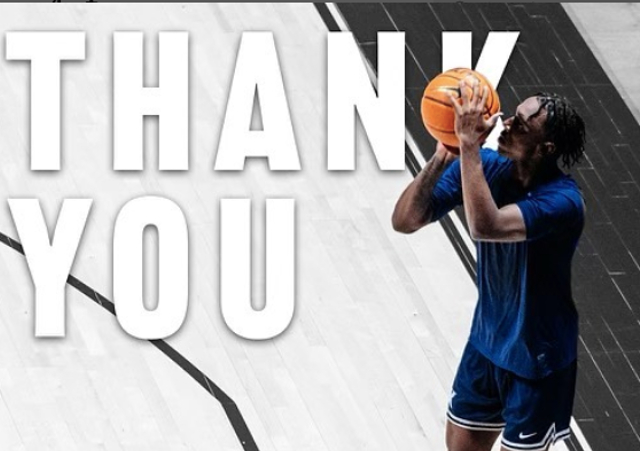 Master P’s son, Hercy Miller, is leaving Xavier University after the school’s basketball team coach, Travis Steele, was fired. The young athlete took to Instagram on Thursday (May 26) with the news.

“First off, I want to start by saying thank you Cincinnati for all the love and support,” Hercy shared. “I’m only leaving Xavier due to the coach that recruited me being fired,” the young adult made clear.

Travis Steele mutually decided along with Xavier University to part ways a few weeks ago. The change came after the Musketeers failed to reach the NCAA tournament.

“Travis led the team with the utmost character and in a first-class manner,” athletic director Greg Christopher said in a statement in March. “He navigated us through a difficult time with COVID and always focused on what was best for our student-athletes,” Christopher shared. “I have tremendous respect for Travis, and he’s been a part of Xavier Basketball for more than a decade, playing an important role in some of the program’s greatest accomplishments.”

Travis Steele also gave a statement regarding his departure from Xavier University’s basketball program. “I appreciate the opportunity to lead Xavier Men’s Basketball the past four years,” the coach said. “I am excited for the next chapter in my life, and I wish Xavier nothing but success.”

Some may remember Hercy Miller choosing to transfer to Xavier University after committing to Tennessee State University and playing for the Tigers. The young adult did not provide details regarding what school he plans to attend next.

“There will always be a spot for Cincinnati in my heart,” Hercy told his supporters. “This was a tough decision but I had to put my name in the transfer portal for my future. It’s been a real journey! I’ve been injured and have had to recover. Now I’m stronger, bigger, and faster. With this, I’ve realized that you control your journey, but God controls your destination.”