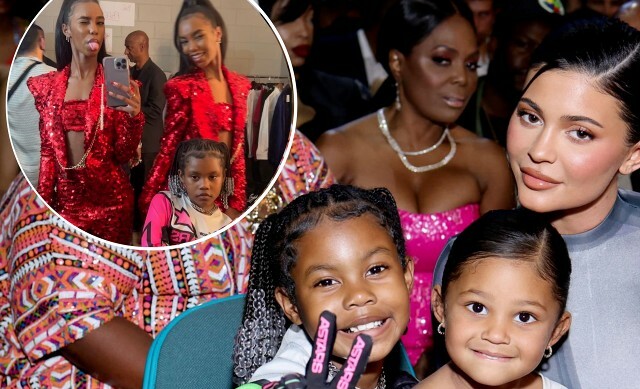 Teyana Taylor and Sean “Diddy” Combs gave a show-stopping performance of The Notorious B.I.G.’s “Mo Money, Mo Problems” at Sunday’s Billboard Awards. The pair were joined by Taylor’s 6-year-old daughter, Junie Shumpert, who hopped on stage and stole the show from the duo.

“Diddy brought out Teyana Taylor and Junie ..and Junie ATE both them up”, one fan tweeted.

In addition to stealing the spotlight from her mom, Junie also took time to take some photos with some celebrity friends, including Stormi Webster and the Combs twins.

Teyana Taylor and husband Iman Shumpert recently shared that they encourage their oldest daughter to express herself “emotionally”.

Teyana said, “She’s so fearless. Junie has inspired me—even as a woman—in so many ways. I thought I was bold, but Junie is really just her parents, times three. People say, ‘Oh yeah, she gets it from [her] parents.’ No, Junie is Junie, and she has sprinkles of us throughout. She is one of a kind. I love her power and fearlessness in being able to call me out like, ‘No, I’m not comfortable with this. I don’t want to do that. This is how it’s going to go down, mom.’” 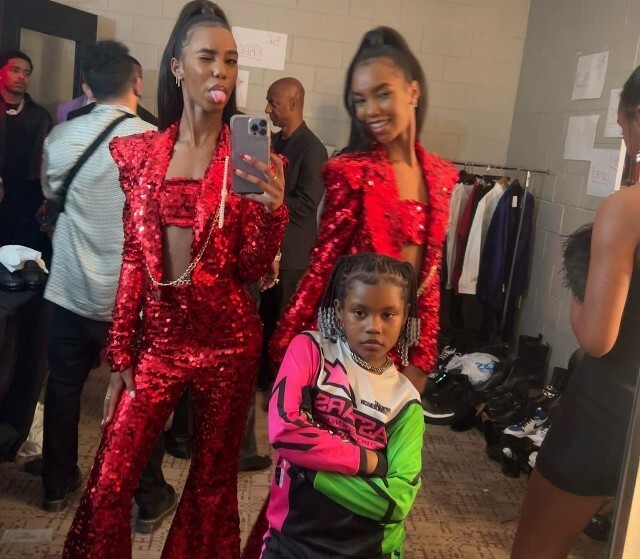 She continued, “We let her express herself emotionally. We think that’s important. If Junie wants to be an engineer, then a drummer, or she wants to do ballet, and then tap, we will give her every little thing that she needs until she decides what she wants. We allow her to do whatever it is that her heart desires. And I think that’s what also keeps her respectful because sometimes when you hold on to kids too tight, when they get older, they rebel. Finding a great balance with children is very important.”

Iman added, “She sees her mom do a lot of things that are just bold. Whether it’s in fashion, whether it’s on stage, whether it’s in a quick snippet of an interview—it’s very bold and she watches her mom do it. So, for her to even try and emulate that at such a young age, it’s our job to nurture that and to keep preaching that. What I love most about being a girl dad is the consistency my daughters have in making sure that I don’t harden my heart.”

TYLER LEPLEY AND MIRACLE WATTS' PREGNANCY ANNOUNCEMENT IS SO CREATIVE

TYLER LEPLEY AND MIRACLE WATTS' PREGNANCY ANNOUNCEMENT IS SO CREATIVE