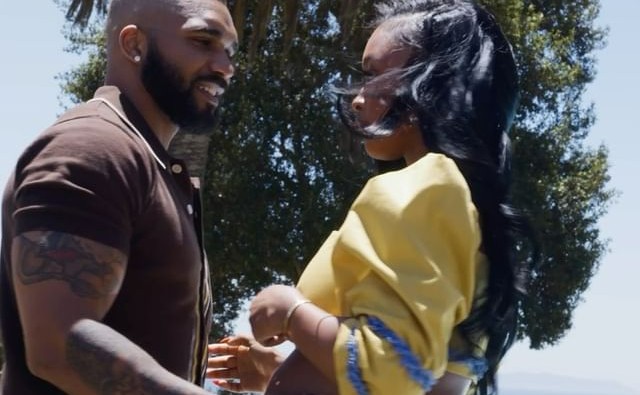 ”P-Valley” star Tyler Lepley and his girlfriend Miracle Watts are expecting their first child together. Watts took to Instagram today to share the news with her fans via a video announcement.

In the clip, the couple recreate a scene from movie “The Notebook” where they argue and later drive off in a convertible. After reaching their destination, Miracle gets out of the car and reveals her burgeoning baby bump.

“A Love Story,” Miracle captioned the clip. This will be the first child for Miracle and the third for Lepley, who has two children from a previous relationship with his ex-fiancé April King.

Meanwhile, Watts will be joining her boyfriend on the second season of Starz’s ‘P-Valley’, which follows the lives of employees working at a club called The Pynk in the fictional city of Chucalissa, Mississippi.

According to Deadline, Watts will be playing the character of Big Bone, who is described as “a fighter and a biter with sky-high ambitions. She is a rambunctious new presence at The Pynk blessed with a molasses-thick body, knees of steel, and a tongue more lethal than a draco.”

She continued, “Unfortunately, the pandemic has really come in and turned everything topsy turvy. It is a business based on gathering, it is a business based on intimacy. And, the writer’s room was totally inspired by the fact that there were some very inherent struggles in that. And so, it will be very interesting to see how Uncle Clifford and new boss b**** Autumn Night deal with this huge obstacle that’s been put in their way. So, between the casino and corona, they’ve got a lot of s*** to deal with.”