"The Best Thing In The World" 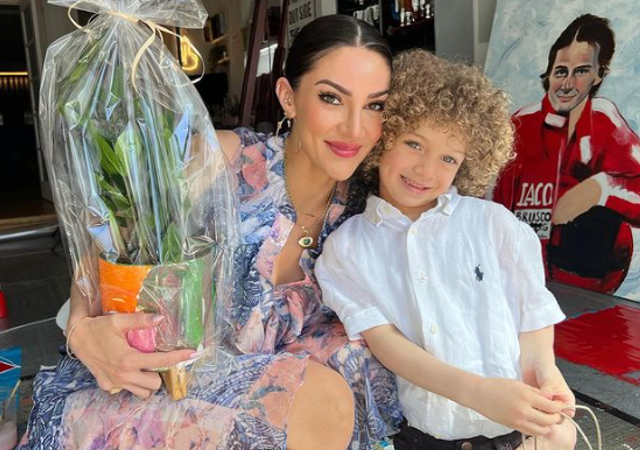 Drake’s son, Adonis, enjoyed Mother’s Day with his mom, Sophie Brussaux, this past Sunday (May 8). The philanthropist took to Instagram to celebrate her son on the holiday.

“Being your mom is the best thing in the world,” Sophie captioned underneath a candid that featured her with her son. “So cute,” one fan gushed. “Happy Mother’s Day.” Another of Sophie’s social media followers wrote, “A wonderful, caring mother; one of a kind. Wishing you a wonderful day, Sophie.”

Adonis made Sophie and Drake parents for the first time in 2017. Drake was candid about his relationship with his son’s mother in 2018, which was challenged at the time.

“I am a single father learning to communicate with a woman who, you know, we’ve had our moments,” the ‘One Dance’ tapper admitted. “I do want to be able to explain to my son what happened,” Drake shared regarding his and Sophie’s failed relationship as lovers.

“But I don’t have any desire for him to like, not love his mother, or I don’t ever want the world to be angry at his mother,” the recording artist added. “We have found ourselves in a situation, and we are both equally responsible,” Drake concluded.

There was a bit of controversy over Drake’s decision to not immediately reveal his fathering a son to the world. Rival rapper Pusha-T blatantly accused Drake of attempting to hide his son from the world. Drake responded to the scandal with a song in which he told his fans and foes that he was not hiding Adonis from the world out of shame. He was, instead, trying to protect his son from the public’s scrutiny.

Drake thanked his son during his acceptance speech for the Artist of the Decade Award given to him at the 2021 Billboard Awards. “I want to dedicate this award to you,” Drake told his son. Adonis burst into tears after trying to leave the stage. The youngster’s cuteness was the highlight of Drake’s moment in the spotlight for many.