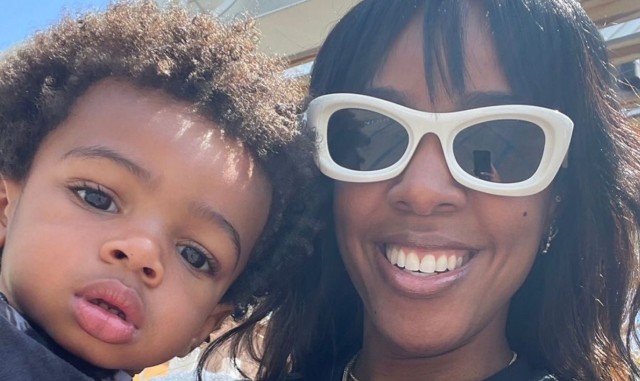 Noah Jon Weatherspoon looks just like his father. Kelly Rowland recently shared a candid of her youngest son in which she referred to the little one as a mini version of his dad. 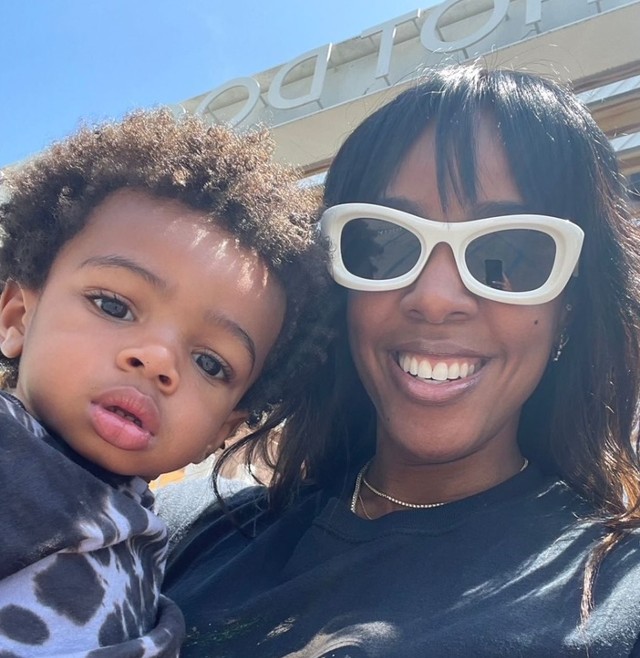 “Tim and I (cause he took Tim’s whooooooole face),” Kelly said of the picture featuring her and Noah. The youngster gave the camera his full attention while stealing the spotlight from his mom. “Noah is so cute,” one social media follower declared. Dozens agreed with the statement.

Kelly Rowland and her husband, Tim Weatherspoon, welcomed their youngest son last year. Noah celebrated his first birthday in January, which is several months before his older brother, Titan, commemorates what will be his eighth birthday.

“They do new things and I sit there and I’ll be on the phone just watching them,” Kelly Rowland said of her kids’ development during a recent interview with TODAY. “Noah does this new thing now where he snatches the phone from his caretaker, and then he just runs and he takes the phone as if I’m there,” the celebrity mom revealed.

“Titan is learning his sight words,” Rowland shared of her oldest child. “So the other day before I went to sleep, I had one eye open and one eye closed, and we’re playing this game of trying to make sentences with his sight words.”

Work sometimes takes Kelly Rowland away from home for weeks at a time. Noah is too young to understand the toll of such a demanding career. Titan, however, knows that his mom’s job requires her to travel for extensive periods.

“I want him to always understand that I’m working, but I’m working to provide for him and his brother,” Kelly said when sharing what she hoped her oldest son takes away from her sacrifices in the present era.

“His father is working to provide for him and his brother,” Rowland shared. “And we’ll work hard, and I want him to see that work ethic because I want him to take it into his generation.”