"May All Your Wishes Come True" 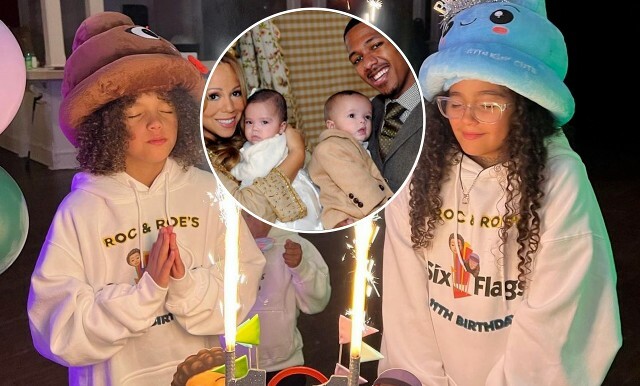 Monroe and Moroccan are 11-years-old! Mariah Carey and Nick Cannon’s twins celebrated their birthdays this past weekend.

Both Nick and Mariah took to Instagram to commemorate their children’s special day. “May all your wishes come true because you guys are exactly what I wished, manifested and prayed for all my life,” Nick wrote to Monroe and Moroccan. “Happy Birthday and I Love you Monroe Cannon and Moroccan Scott Cannon,” the celebrity father exclaimed.

Mariah Carey wrote, “Happy 11th birthday to the two greatest blessings of my life. Roc and Roe … Always be my babies! … DEMKIDS!!!! I LOVE YOU FOREVER!”

Monroe and Moroccan were born on April 30, 2011. The youngsters made Mariah Carey and Nick Cannon parents for the first time.

Mariah Carey married Nick Cannon in 2008. The two learned they would have twins just two years after tying the matrimonial knot.

“I don’t like being the bad guy, I have to say,” Carey shared when discussing her parenting stye with the co-hosts of Good Morning America (GMA) last year. “I hate that more than anything,” Mariah continued. “So, you know, I do want to be, like, ‘I’m not really a mom, I’m a cool mom.’ But you’re never a ‘cool mom’ — you just never are.”

Monroe and Moroccan are the oldest of seven children Nick Cannon fathers. The radio host is expecting his eighth child to arrive in the coming days.