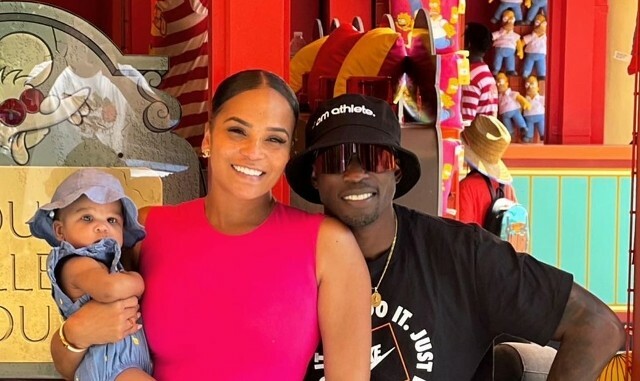 Chad “OchoCinco” Johsnon and Sharelle Rosado took their daughter to Universal Resort Orlando over the weekend. On Sunday, Ocho Cinco shared a photo of him, his fiancee, and their baby girl posing at the theme park. “French Fry + 🍔 & ,” he captioned. 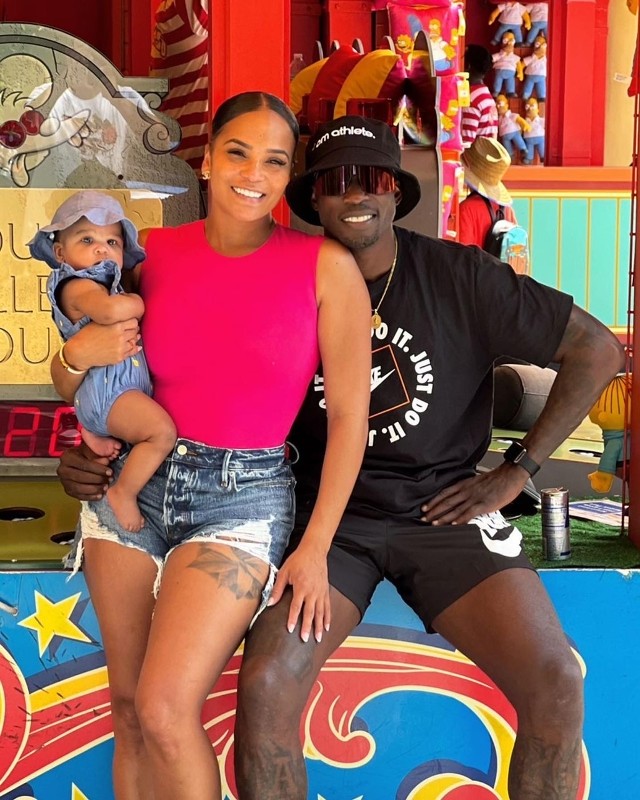 Chad and Sharelle got engaged last January, but Chad would like to do over his proposal.

“There is one thing that I wanna do — and if anyone sees this, you give me some ideas — I haven’t proposed yet,” Chad admits. “But I’m gonna propose the right way. But there’s a proposal that was done, [but] I didn’t do it the right way. A new proposal has to be done. Listen, it has to be extravagant, creative. It has to be very Ocho-esque.” 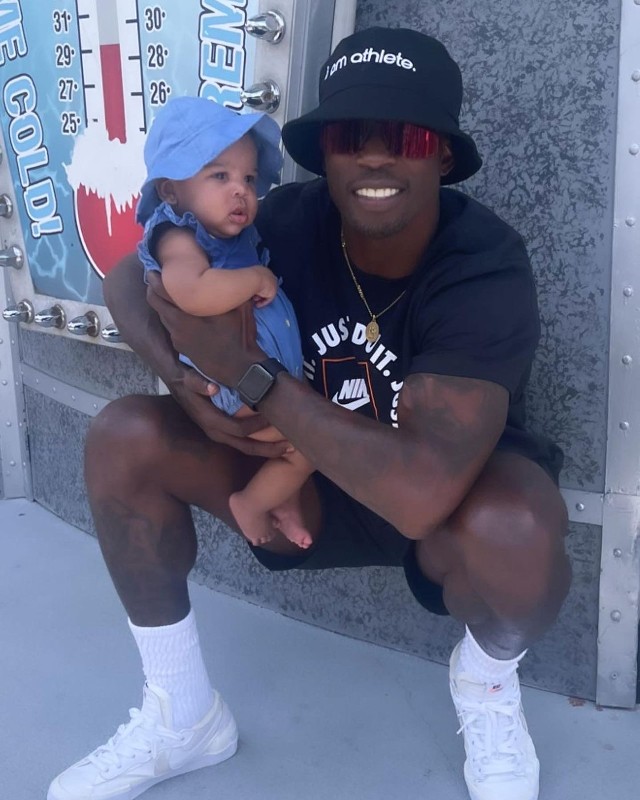 “A second chance at everything in general, not just life, everything. Opportunities that have presented themselves,” he told ET earlier this year. “Everyone loves a comeback story and I’ve been given the opportunity and the platform and the space to do just that, and I’m thankful and I’m grateful.”

Chad and Sharelle welcomed their daughter Serenity in January of this year. Little Serenity, who was named after Chad’s late mother, appears to be a daddy’s girl.

“They definitely do [bond],” Sharelle said in her sit-down with ET. “I get jealous because once she’s under his arm, she’s at peace.”

While this is the couple’s first child together, it is the fourth for Sharelle and the eighth for Chad, who both have children from previous relationships.

“I always wanted a big family,” the real estate broker said previously. “so I think with this last one, she’s just the perfect number to finish it off.”