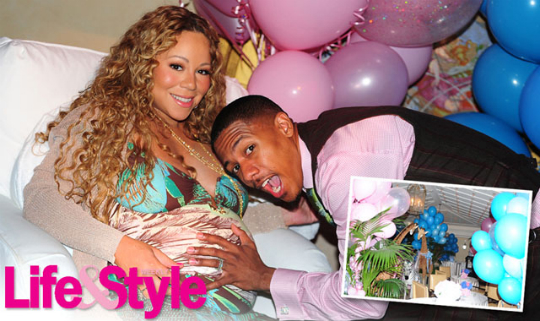 This past Sunday, Mariah Carey and Nick Cannon celebrated the impending arrival of their twins with  a baby shower at the Conservatory Grill at the Montage Hotel in Beverly Hills, California.

“There was a lot of love in the room, and to top it off, fans from more than 50 countries sent well-wishes and stories in a book they made for our twins titled Always Be My Babies, which was the sweetest gesture in the world,” said Mariah. “It was a night I will never forget.”

According to People magazine, Carey and Cannon received lots of pink-and-blue-wrapped presents, including two life-size stuffed giraffes and two chairs hand-made for the twins.

Pick up the new issue of Life & Style for more photos from the baby shower.

MONICA AND SONS SUPPORT THE LAKERS