FLOYD MAYWEATHER’S GRANDSON IS LEARNING THE ROPES OF BOXING 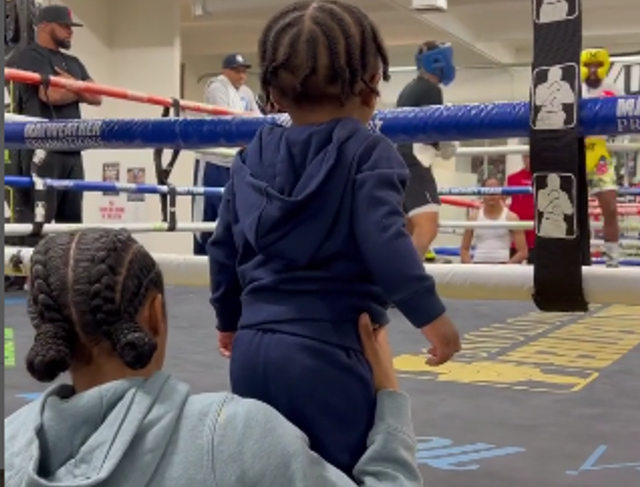 Floyd Mayweather is already showing his grandson, Kentrell Jr., the ropes of boxing. The sports legend took to Instagram on Sunday (May 1) to express gratitude for the ability to continue earning money from his life as a boxer post-retirement.

“Grandson, I’m very thankful for your great Granddad teaching me the sweet science of boxing, to hit and not get hit,” Floyd wrote to his grandson. “I believe in working smarter, not harder,” the retired boxer said.

“I retired from the sport undefeated with all my accolades and on my own terms,” Floyd told little Kentrell. “Even in retirement, I’m still able to milk the game of boxing, continuing to make 8 figures or more. I will continue to do exhibition bouts making tons of money and people from all around the world will continue to pay because my hustle is just different. If Elon Musk, Bill Gates, Jeff Bezos, Warren Buffett, and the Waltons continue making money in their 50’s, 60’s, 70’s, 80’s, and 90’s, then I’m not retiring from making money and I’m younger than all of them.”

Floyd Mayweather retired from the sport of boxing in 2017. His daughter, Yaya, gave birth to his first grandson last year.

“I think I already proved that I wasn’t just fighting for the money, because I fought as an amateur,” Floyd said of his career during a recent interview. “I fought 90 fights for free,” Mayweather revealed. “But then, once you get to this stage of your career, everything becomes a part of your legacy,” the star athlete continued.

“Of course, you want to be the best fighter to ever live,” Floyd shared with the press. “Not to knock no other champions, but I think everybody is put in a certain position for a reason. Muhammad Ali called himself the greatest, and after a while, he was the greatest. I say I’m the best ever, and so as long as I keep saying that . . . I think that, with the boxers that fought in my era, they’ll say, ‘He was the best ever,’ but it’s all with respect to the legendary champions that came before.”