"Proud Of My Daughter" 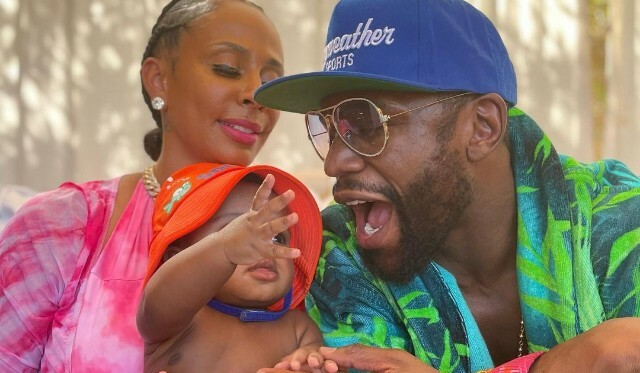 Floyd Mayweather is one proud papa and grandpa! The legendary boxer recently opened up to Pivot about becoming a grandfather to the son of his daughter, Yaya Mayweather, and rapper NBA YoungBoy.

“I’m proud of my daughter and NBA YoungBoy. I look at him like (sic) one of my sons,” Mayweather said during his interview. “I only want the best for him,” Floyd said of his grandson’s father. “These kids beef nowadays and they don’t know what they’re beefing for,” Floyd said. “These young rappers are dying on the regular,” he added. “I’m going to continue to push both of them to be great in everything they do.”

Floyd Mayweather went on to dote on his grandson, Kentrell Gaulden Jr. “I love being with my grandson,” the famed boxer shared during his interview on Pivot. “He’s just like his mom was,” Mayweather added. “All he wants to do is hold onto my leg and have me pick him up all day.”

Floyd Mayweather has an estimated net worth of $450 million. The star athlete has earned upwards of $1.1 billion during his career, which makes him the wealthiest boxer of all time.

“I believe in generational wealth,” Floyd said during his segment on Pivot. “I love my children,” he added. “All four of my children are adults and I told them, ‘Listen, no more handouts.’ I feel like I am hurting my children just by [giving] them money. They go shopping, they put gas in their car, they party, [and] they come back. I buy them houses. I buy them cars.”

“I told them, ‘Listen, if you guys go to school or you work in one of my businesses, you can branch off and get your own business. I’ll put the money up to help you start your own business, but I need you guys to take what I have already started and triple and double that. And I need my grandchildren to come behind you guys and do the same thing.”

Kentrell Jr. made Floyd Mayweather a grandfather for the first time. Iyanna is Floyd’s oldest daughter.

GET TO KNOW 'A JOURNAL FOR JORDAN' STAR JALON CHRISTIAN