‘SNOWFALL’ STAR ISAIAH JOHN IS ENJOYING FATHERHOOD WITH HIS ‘MINI-ME’ 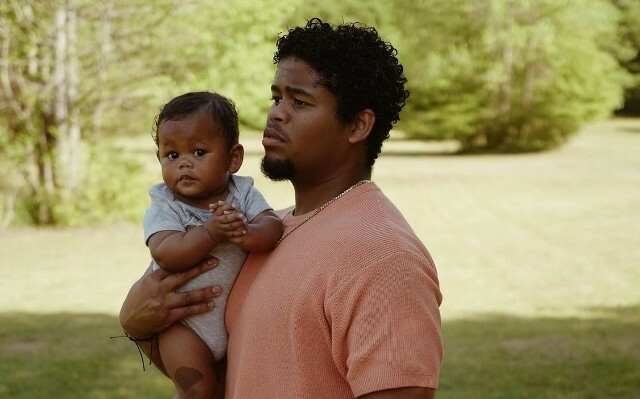 Snowfall star Isaiah John is enjoying fatherhood. The actor, who welcomed his son last September, has taken to Instagram to share several photos of his “mini-me.”

A more recent post showed Isaiah holding his son while enjoying nature. One social media fan deemed Isaiah and his little one as “twins” after viewing the candid. “Y’all look just alike,” another Instagram follower said.

Isaiah John has been a doting father since learning he would be a dad. The celebrity took to Instagram several months ago with a letter to his son that was simply beautiful. “On 9/24/21 at 12:12 am my son was born,” Isaiah told his social media fans. “I can’t express the excitement I feel so I will share this letter I wrote him a few months ago,” John told his supporters.

“A letter to my son. My beautiful son,” Isaiah John began the message to his little one. “I thank our Heavenly Father for you every day. You are a blessing,” John wrote to his son. “That’s why your beautiful mother gave you such a powerful name. She knew you were going to be a great man of God. You are a leader. You are anointed. You are chosen. I promise to show and teach you how to be a well-rounded man. A man that loves. A man that leads. A man that always looks to Our Heavenly Father for answers. I am looking forward to the day we meet in person. I know you can feel my presence while in your mother’s womb so I pray when I hold you it feels like home.”

Many know Isaiah John from his role as Leon Simmons in Snowfall. The series, created by the late John Singleton, is based on the cocaine epidemic that swept through South Los Angeles during the 1980s and 1990s.

“I booked Snowfall when I was 20 years old,” Isaiah John shared during a recent interview with The Box Houston. “So [I went] from going from being a janitor in a small town to being on TV working on a John Singleton show,” he added.

“I was scared of failing,” Isaiah admitted. “Afraid of not doing good in front of John Singleton. That energy, I gotta bring … whatever Leon was feeling at that moment, I gotta be as sure as possible. Knowing certain stories in Hollywood, if I don’t do as good they feel I should, they could replace me. Cause this was the pilot, we hadn’t even gotten a full season yet. And that scene was added into pilot after me and Damson did our chemistry read and they wrote it into the pilot.”