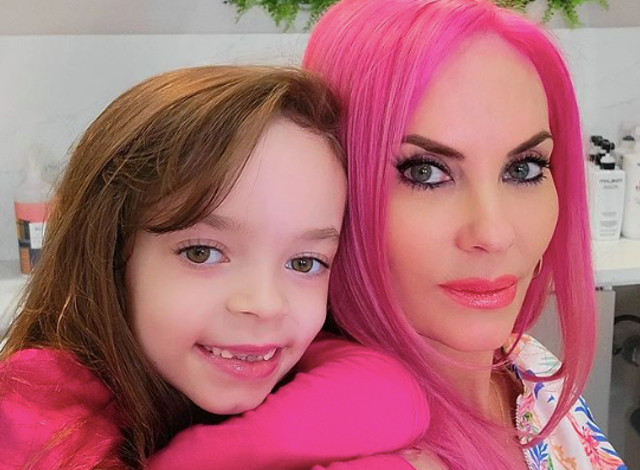 Ice T’s wife, Coco Austin, is under fire after posting a picture of her daughter, Chanel Nicole, that some viewed as inappropriate. A few critics even accused Coco of “sexualizing” her daughter.

The source of the uproar is a picture posted to Chanel’s Instagram page. In the candid, the youngster hugs a stuffed animal while wearing a onesie fit for a baby. “I wanted to act like a baby for a day so mommy got me a baby onesie,” the caption underneath the picture reads. “I’m 6 yrs old but still can fit in a 18 month old onesie,” the social media post continues. “I guess I am petite like they say.”

Many thought the picture was nothing short of adorable. “She’s so beautiful,” one Instagram follower said. “Oh my gosh,” another replied. “I guess I didn’t realize how tiny you were,” the fan added. “Be a kid as long as possible.”

While Chanel Nicole’s post received positive vibes from more than 7,000 of her social media followers, a few critics took issue with the picture. “This is not something you should be putting on the internet,” one social media follower said. “I’m sure she didn’t do it intentionally BUT there are way too many FKN weirdos out here,” another agreed.

A few critics were more bold with their scrutiny. “Why on earth would grown adults be posting this for a child,” one of Chanel Nicole’s Instagram followers asked. “Do you not see the clearly predatory comments from men in this thread,” the social media follower further questioned. “This is disgusting. There is no reason your 6 yr old needs an account.”

Another troll attacked Coco Austin personally by saying, “Looks like she’s being ‘groomed’ to be like her mom to model provocatively like she does and it’s disgusting. She’s only six, a baby, geez, stop it. Kids at this age love and want to please their mom but she’s too young for this crap and she doesn’t understand the implications of it all. This is so sad to see.”

Coco Austin has come under fire on multiple occasions for her parenting tactics. Some scrutinized Ice T’s wife last year after learning that Chanel Nicole still enjoyed breastfeeding sessions with her mom at the age of five. Others criticized Coco later in the year after the celebrity mom shared a picture of Chanel heading off to school for picture day while rocking acrylic nails.

Chanel Nicole is Coco Austin and Ice T’s only child together. Ice T has three kids in all.

EVE SAYS SHE'S "NEVER BEEN THIS HAPPY" AS SHE CUDDLES SON