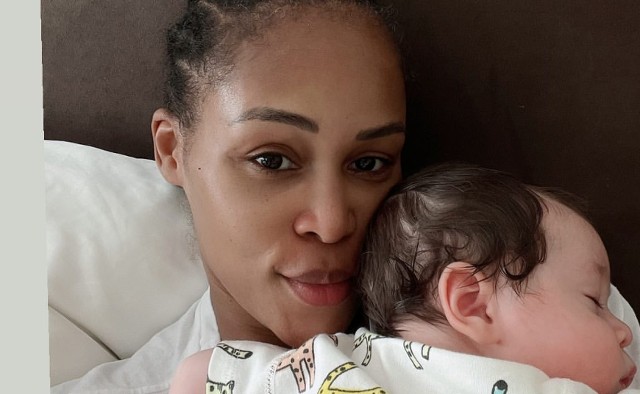 Eve is adjusting to her role as a new mom.

On Wednesday, the rapper shared a photo on her Instagram Story of her cuddling with her 11-week-old son Wilde Cooper. 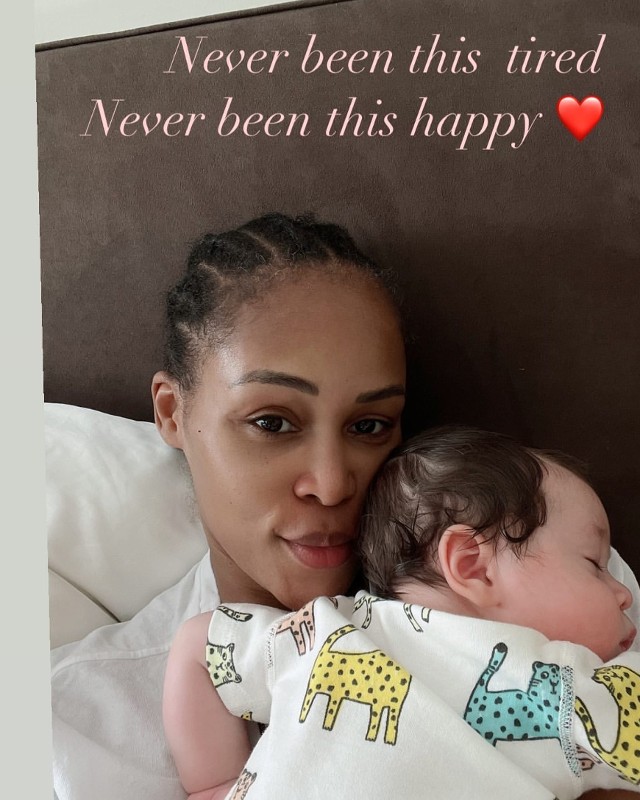 Last October, Eve and her husband Maximillion Cooper announced to the world that they were expecting their first child together.

“Can you believe it @mrgumball3000 we finally get to tell everyone!!!!!,” the Queens star captioned an Instagram photo of her growing baby bump. “You all know how long we’ve been waiting for this blessing!!! We get to meet our lil human February 2022.”

The couple welcomed their baby boy a few months later on February 1st.

In addition to son Wilde Cooper, Eve is also stepmom to her 49-year-old British husband’s four teenage children. The pair share Lotus, 19, Jagger, 17, Cash, 16, and Mini, 13 who are all from a previous marriage.

“It’s been now 10-and-a-half years I’ve been in their lives and they’ve been in my life,” Eve told People in 2020. “They’ve grounded me. In the beginning, when I first met my husband — then-boyfriend — I was like, ‘This is never gonna last because you got four kids! How’s this gonna work?’ But then I met the kids and honestly was like, ‘Wow, kids are amazing.’”

Recently, Eve got the opportunity to celebrate her first Mother’s Day, (March 27), in the United Kingdom. The “Satisfaction” rapper posted a picture of herself and Wilde Wolf, aptly captioned, “Mother. Nature. My 1st Mother’s Day (UK).”

Eve will get another day to celebrate her new title. May 8th is Mother’s Day in the U.S. What are you doing for mom? Here are a five ideas to put on your radar.