"The Worst Day Of My Life" 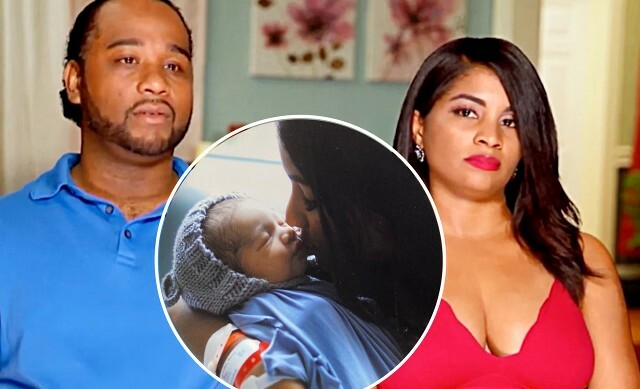 “Today is one of the worst day of my life,” Anny told her Instagram followers. “My son, Adriel Springs, died,” the Reality TV star shared. “I am devastated and my family … life is so hard and difficult,” Francisco said.

“I never thought I would lose my son,” Anny went on to tell her supporters. “He was a fighter,” she added. “His heart couldn’t take it. My heart is broken. It’s a big pain … so difficult.”

Anny Francisco and Robert Springs were featured on Season 7 of 90 Day Fiance. Some remember the stars as the couple who went apartment hunting for no good reason. Robert told Anny they would move into a new place when she came to the United States. He then admitted that they could not move into the apartment she liked because he renewed his lease for another year.

“Before I came here, he told me he was going to have a new apartment,” Anny said during the episode in which they went searching for a new place. Why you sign that then,” Francisco asked in reference to her fiance’s lease renewal.

Several fans agreed that Robert was a bit deceptive in his practices. A few even accused the Reality TV star of using his lease renewal as a way to avoid telling his soon-to-be wife that he could not afford the apartment’s monthly rent of $1,750.

“It’s okay not to have money,” one YouTuber said after watching the segment. “It’s not okay to be deceitful about it like he’s doing.” Another social media follower reasoned, “Maybe he didn’t think the apartment was going to be that expensive.”

Anny Francisco received tons of support from her social media fans who were devastated to learn about the passing of her baby.”I can’t believe this,” Debra Johnson of The Single Life said. “I am so very sorry,” the Reality TV star added.

“Words cannot express the sadness that I feel for you guys and your family. I’m absolutely devastated. If I can do anything please let me know. Just remember that you guys need to be there for each other. This is just so very sad.”