EVE AND HUSBAND MAXIMILLION WELCOME THEIR FIRST CHILD TOGETHER 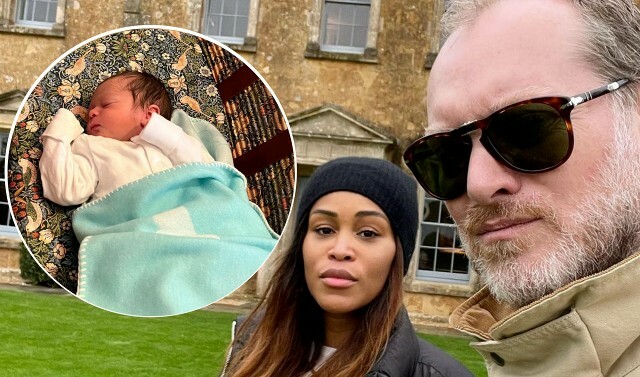 Congratulations to Eve and her husband, Maximillion, who welcomed their first child at the beginning of this month. Eve shared the joyous news of her baby’s birth on Thursday (Feb. 10).

Maximillion and Eve announced their expectancy last year. The celebrity couple waited until Eve was well into her pregnancy journey to reveal their family’s expansion. “Can you believe it,” Eve asked her husband in an Instagram post. “We finally get to tell everyone,” the recording artist exclaimed. “You all know how long we’ve been waiting for this blessing,” Eve told her fans. “We get to meet our lil human February 2022.”

Eve’s pregnancy did not come without challenges. The celebrity recently sat down with Tamron Hall to discuss the highs and lows that she and her husband experienced while trying to conceive.

“To be honest, we went through our fertility journey,” Eve shared. “We went through doctors first, just checking things out, and then, we did do IVF, but what it was was that something said to me, ‘Something’s not right’ like in my body.”

Eve and Maximillion discovered that she had multiple fibroids that were preventing conception. “[The doctor told me], ‘You can go through 20 rounds [of IVF], you can have all the sex you want—You’re never gonna get pregnant because you have so many fibroids that your uterus thinks it’s already taken over, [like] it’s already pregnant.'”

Eve underwent surgery to remove the fibroids and found that her menstrual cycles were less painful. The Queens star was also able to conceive a child.

“Congratulations @therealeve and welcome to the world precious Wilde,” Naomi Campbell wrote online after seeing a picture of Eve and Maximillion’s son on Thursday. “So happy for you both,” June Ambrose said. “Congrats.”