Home » NEWS » EVE CELEBRATES MOTHER’S DAY IN THE U.K. AS A FIRST-TIME MOM

EVE CELEBRATES MOTHER’S DAY IN THE U.K. AS A FIRST-TIME MOM 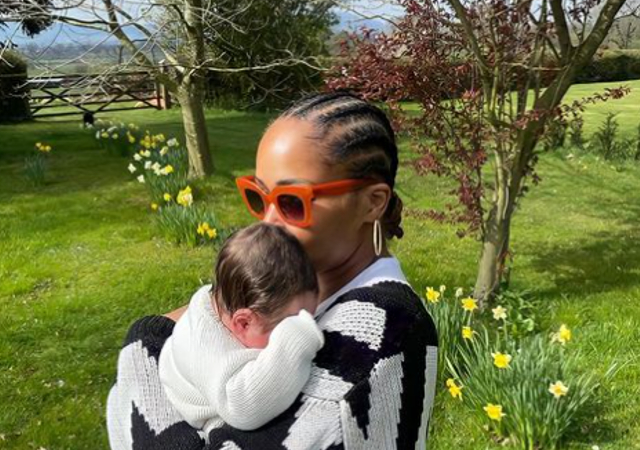 Sunday (Mar. 27) was Mother’s Day in the United Kingdom (U.K.). Eve was one of several women to celebrate the holiday for the first time as a mom.

Both the ‘Love Is Blind’ artist and her husband, Maximillion Cooper, took to Instagram to celebrate the holiday. “Mother. Nature,” Eve told her social media fans. “My first Mother’s Day (UK),” the recording artist said. Maximillion wrote, “A massive Happy Mothers Day Mum from Wilde, Cash, Lotus, Jagger, and Mini. We love you!”

Eve and Maximillion shared a candid of the celebrity mom holding her son. “So precious,” Laura Pradelska said of the mother-son moment. “Happy Mother’s Day.” Another social media follower wrote, “This just warms my heart! Happy Mother’s Day! I can’t believe I’m saying that to you! Yay!”

Mother’s Day in the United States is on Sunday, May 8, 2022. The United Kingdom enjoys the holiday a month earlier. Eve and Maximillion welcomed their son in February.

Eve cut back on traveling during her expectancy as a cautionary measure. The recording artist, nevertheless, was able to participate in a Verzuz battle with Trina that was simply amazing.

“I was supposed to fly to Miami, and at the last minute, I didn’t,” Eve told the press. The celebrity had a bit of a meltdown before she went live virtually to participate in the competition. “I was like, ‘Am I standing too much? Am I screaming too much? Can you rap when you (sic) pregnant?’ I was so stressed out.”

Eve’s stress levels subsided during the show. The celebrity delivered some of her greatest hits several weeks before welcoming her son.