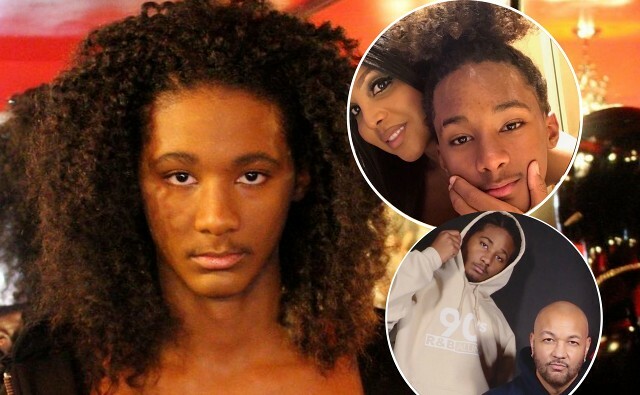 Diezel Braxton is 19 years old! The son of Toni Braxton and Keri Lewis celebrated his special day on Wednesday, March 30, 2022.

“Happy Birthday @diezel.braxton,” Toni wrote to her son on his birthday. Braxton also shared a series of pictures that featured her with her son. “He is so freaking handsome,” one social media follower wrote. Another fan agreed by saying, “Toni, your baby is so handsome. He makes somebody want to buy him some bubble gum.”

Keri Lewis also took to his Instagram to share birthday wishes to his second-born. He wrote, “Wishing the young King Diezel Ky Braxton Lewis a Happy Birthday!! I love you Son!!”

Diezel, who was diagnosed as autistic at age two, no longer shows “signs of autism”. Toni shared the news during an interview in 2016.

“I am one of the lucky parents,” Toni told the press. “Early diagnosis changes everything,” the celebrity mom shared. “I will tell you this. I will shout it from the rooftops. My son Diezel is off the spectrum!”

Toni Braxton further explained that her son had “no signs of autism. He’s our social butterfly. He’s the one who plays with friends and hangs out all the time. Very, very fortunate. And I don’t like to think there’s anything wrong with our babies.”

Autism is an umbrella term that categorizes a broad range of conditions that include challenges with social skills as well as issues with speech and nonverbal communication. Autism affects about one in 44 children in the United States, according to the Centers for Disease and Control (CDC).

Toni Braxton has joined Holly Robinson-Peete and other celebrities in spreading awareness about autism through the years. Holly, whose oldest son was diagnosed with the developmental disorder when he was young, recently launched a project called DeliveringJobs.org that promotes the notion of those with autism securing jobs.

“We’re really excited to be partnering with Special Olympics, Best Buddies, Autism Speaks, and the Entertainment Industry Foundation, which tries try to get jobs for young people on the autism spectrum, Down’s syndrome, all kinds of differently-abled situations,” Holly Robinson-Peete shared with the press.

“I get out there and I talk to companies and try to encourage them to hire inclusively because it’s a gamechanger,” the veteran actress continued. “I just see what it’s done for my son and everybody should have that opportunity.”

You can learn more about DeliveringJobs.org here. Toni Braxton and Keri Lewis share two kids, Diezel and Denim, in all.