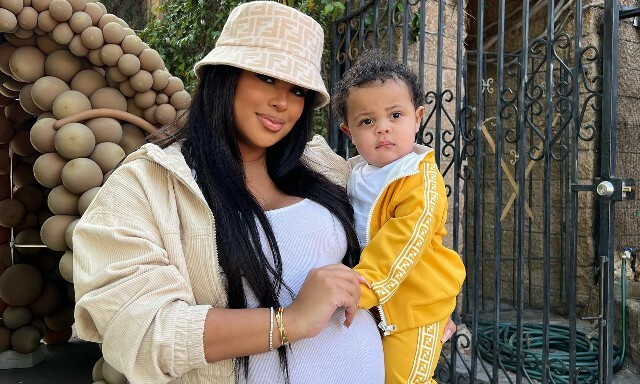 On Thursday morning, Herb took to his Instagram stories to address internet trolls who were creating a “false narrative” surrounding he and Fletcher’s son, Yosohn.

He said, “Why do y’all continue to create this narrative…that i love my first born, my first real true love in life less than I could love the kid am having now . Or my kid feels neglected. My son loves me unconditionally. Me and my son have a bond that nobody can ever break.”

After Herbo shared the video, Fletcher responded with a lengthy statement in which she accused Taina Williams of hurting Yosohn.

She wrote on her Instagram Story , “How about [you] tell the truth for ONCE,” Fletcher asked her son’s father. “Tell them how my son came home with a scar on him and saying what Taina did to him while you weren’t home and even tho (sic) he told you out his own mouth what she did and he was crying and she didn’t help him and she’s mean to him and he don’t like her and the sh*t happened while you wasn’t home.”

“I gave you a whole week to handle it as a father,” Ari told G Herbo. “You or her never called me about the situation,” she continued. “I called back to talk to her and tell her she can’t be around my baby and I was very respectful and you sat up and said in front of her that my baby was lying.”

“I’ve allowed you to create false narratives about me in the past but I will not let you create this narrative when it comes to a child that I have so much love for,” Taina wrote to Ari. “Anybody that knows me knows I would never lay a finger on him or any child,” Williams said of her relationship with Yoshon.

“I have always had to hide my love for Yosohn out of respect for you and your wishes,” Taina continued. “When I met Herb, I knew he was a part of the package. I signed up for this even with all the drama that came with it. I’ve always had hope that we could settle our difference like adults for the sake of our children.”

Taina Williams and G Herbo welcomed their son, Essex, last year. The celebrity parents announced their expectancy of baby number two in December. Taina referenced her pregnancy in her open letter to Ari Fletcher on Thursday.

“One thing you will not do is attack my character when it comes to being a parent and accuse me of child abuse,” Taina told Ari. “You have continuously attacked me,” Williams added. “As I sit here 8 months pregnant, emotionally drained, it sickens me that you have this much hatred for me that you would portray me in this light.”

“Regardless how you may feel about me … I love Yosohn. I pray that you find whatever healing you need.”