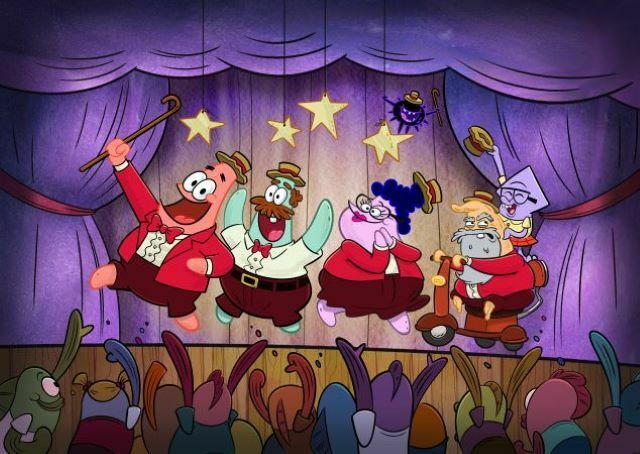 “This next season of The Patrick Star Show will embark upon even more imaginative, colorful and hilarious adventures, diving deeper into the Star family’s daily life and escapades,” Claudia Spinelli, Senior Vice President, Animation for Big Kids at Nickelodeon said in a recent press release. “For over 20 years, the beloved Patrick Star has provided humor to fans around the world, and we can’t wait to see what he does next.”

If you are unfamiliar with the premise of this new spin-off, The Patrick Star Show, follows a younger Patrick Star living at home with his family. Patrick hosts his own variety show for the neighborhood from his television-turned-bedroom. The second season of The Patrick Star Show will grow in episodes from its original 13-episode order to now, 26 episodes.

According to the recent press release, The Patrick Star Show renewal is part of Nickelodeon’s strategy to be the home of the biggest franchises kids and families love, and it expands Nickelodeon’s growing portfolio of influential properties that already includes SpongeBob SquarePants, Kamp Koral: SpongeBob’s Under Years, PAW Patrol, Teenage Mutant Ninja Turtles, Blue’s Clues & You!, Star Trek: Prodigy, The Smurfs partnership, and the Transformers: EarthSpark and Monster High co-productions.

Produced by Nickelodeon Animation, new episodes of The Patrick Star Show season one will continue to premiere on Nickelodeon.

We just love Patrick and the entire Bikini Bottom clan and will definitely be on the lookout for some new under the sea adventures!