"Family Has To Support You" 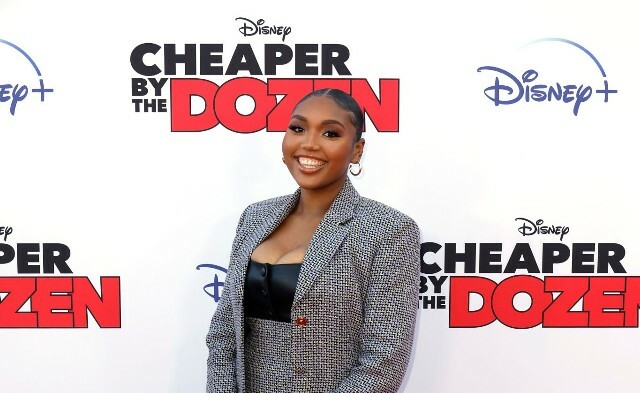 Brandy and her daughter, Sy’Rai, created a song for Disney’s Cheaper By The Dozen! Sy’Rai spoke with BCK about the new soundtrack during the film’s world premiere earlier this week.

“Me and my mom actually recorded a song for the film,” Sy’Rai told Robin Ayers. “So at the end credits, you’ll hear our song,” the budding artist said. “We just love the message of the film,” Sy’Rai went on to say in reference to the movie. “Family has to support you, and I think that speaks a lot to every family. You have to do everything with support from your family.”

Cheaper By The Dozen is the story of Zoey Baker (Gabrielle Union) and Paul Baker (Zach Braff) who create a loving home for their kids that is filled with adventure and surprises around every corner. The film is based on the 1968 movie Yours, Mine And Ours, which also places the notion of blended families in the spotlight.

“We never get to see families like this celebrated,” Gabrielle Union told BCK during the world premiere of Cheaper By The Dozen. “Usually, blended families are held up as some sort of failure,” the celebrity shared. “[They are viewed] as the breakdown of the nuclear family when really, we’re not casting anybody out. We’re pulling people in with this movie. All families will see themselves reflected in this movie. And it’s about d*mn time. It’s 2022.”

Fans are certainly loving what Brandy and Sy’Rai bring to the film with their musical talents. “Brandy and her daughter Sy’rai what a wonderful collaboration,” one fan said after hearing the mother-daughter duo’s song on YouTube. “This is on repeat after my first listen,” another supporter exclaimed. “Absolutely love Brandy and Sy’rai’s voices together! Such a surprise,” the fan further exclaimed. “Definitely a fresh 90’s Pop feel appeal to it! This song immediately makes me feel happy! The world needs this! Thank you!”

You can watch Cheaper By The Dozen today on Disney+!