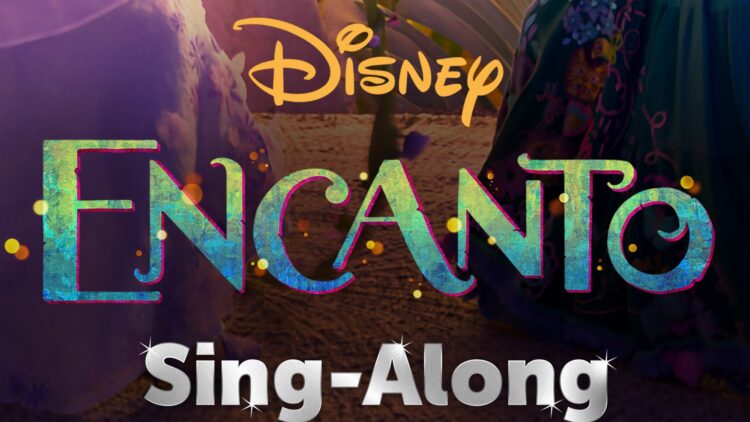 Disney+ fans can get ready for hours of sing-along fun as the entertainment giant has released sing-along versions of their fan-favorite musicals, beginning with the award-winning film, Encanto. And all of the sing-along fun starts today!

According to the popular streaming platform, Encanto has been viewed five times on average in households, accumulating over 180 million re-watches globally since launch. Disney+ subscribers can’t seem to stop streaming Encanto and now, they will be able to sing-along to the movie too, immersing themselves in the magic of the music.

Encanto fans can look forward to all their favorite songs from the movie including “We Don’t Talk About Bruno,” “Family Madrigal,” “Surface Pressure,” “Dos Oruguitas” and more.

The Disney film has unquestionably made an impact on viewers young and old. From the music, to the family, to the story line, to popular toys, the film has already become a timeless classic.

In addition to all of the above, Encanto took on the task and won, proving that representation does indeed matter as so many young children happily “see themselves” represented on-screen.

Just when you thought that there was not more news on this amazing film, there is! Did you know that Encanto has surpassed one million equivalent album units earned in the US, according to Billboard? The popular movie soundtrack has topped the Billboard 200 Albums chart for the ninth nonconsecutive week.

As a result of the popular soundtrack, Encanto has made music history and is now only one of two albums in the last five years to spend at least nine weeks in the top spot.

Encanto has unquestionably become a permanently ingrained part of Disney culture and history.