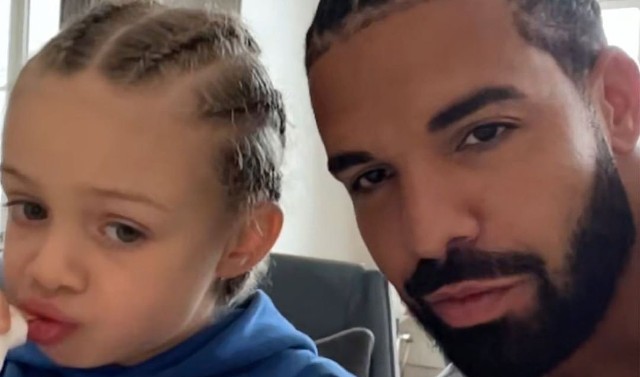 Drake and his son, Adonis Graham, brought the same vibes for their latest candid together. The celebrity father and his son rocked the same hairstyle and gave similar expressions while looking into the camera’s lens.

“Mini Drake,” one fan said after seeing the picture of Drake and his son online. “Like father, like son,” the supporter continued. “So blessed.” Another social media follower said, “Dad goals right here! Kudos Drake.”

Drake shares more pictures of his son and even raps about fatherhood in celebration of his life as a parent. Some criticized the recording artist’s initial decision to keep his son out of the spotlight. Drake, however, clarified that his decision to refrain from sharing pictures of Adonis was not coming from a place of shame.

“I want to be able to go places with my son and share memories with my son,” Drake said during a conversation with Lil Wayne in 2020. “I don’t want to feel like just because of a life choice I made to be a ‘celebrity’ that I got to make everybody live under this blanket,” the ‘One Dance’ artist shared. “I just wanted to free myself of that,” Drake added.

Surprisingly, liberty for Drake was a matter of the celebrity father sharing pictures of his son online. “I just woke up one morning and I was like, ‘You know what? This is just something that I want to do,'” Drake said of his decision to share the first picture of Adonis with his Instagram fans. “It was great for me,” the celebrity added. “It was great to just share that with the world.”

Adonis is Drake’s son with philanthropist Sophie Brussaux. The youngster spends much of his time with his mom in Canada, though Drake makes certain to enjoy quality time spent alone with his son in the States. Adonis celebrates his fifth birthday in October.