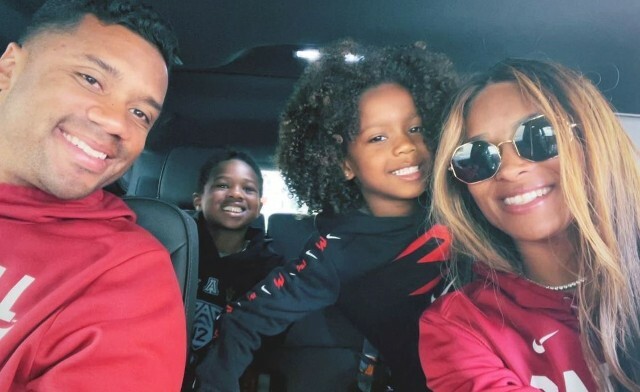 Russell Wilson, Ciara, and their kids were in full support of the Stanford Cardinals this past weekend. The celebrity family attended the college basketball team’s game in Las Vegas, Nevada, on Sunday (Mar. 6). The Wilsons were there to support the Cardinals with extra positive energy going to Russell’s sister, Anna “Bubba” Wilson. 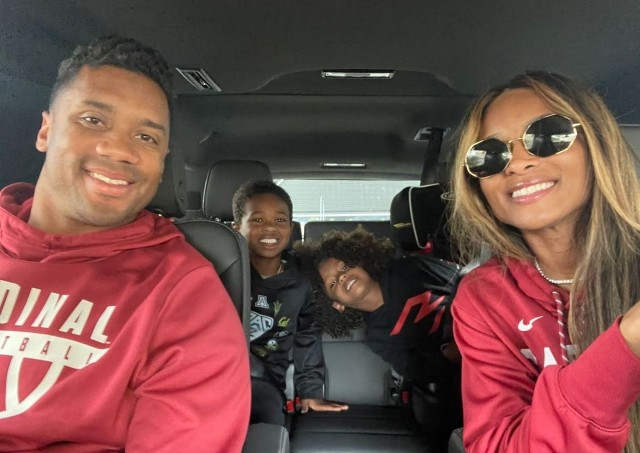 Anna, who continues to receive notoriety for her excellent playing skills on the basketball court, helped her team gain the victory over the Utah Utes. The game was especially significant as the Cardinals were playing to progress in the Pac-12 Conference. The team is presently ranked number two in the league.

Bubba is a guard for the Cardinals who finished Sunday’s game with five points, four rebounds, three assists, and one block. Anna only played 38 minutes but, nevertheless, made an impact that contributed toward the final score of 73-48. 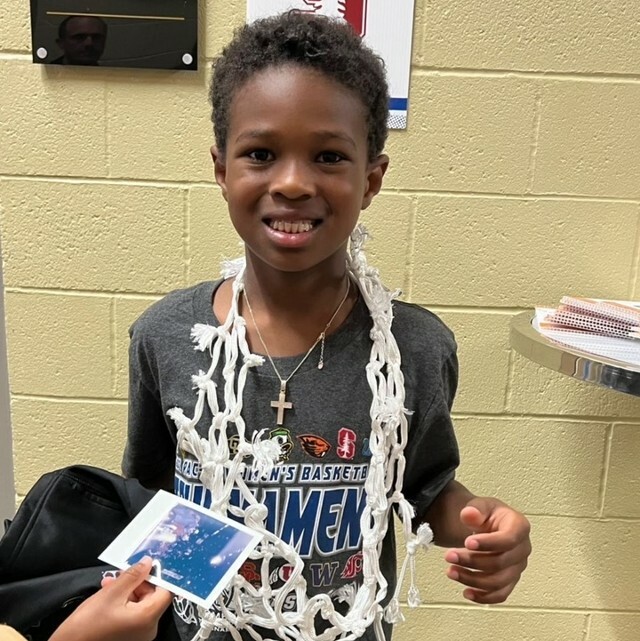 Ciara, Russell, and the kids were there for every moment of action. The youngest member of the family, Win Wilson, was also present, though he was not photographed as much during the family’s trip.

Win may be younger than his older brother, Future Zahir, and big sister, Sienna, but he runs things around the house, according to Ciara. “They say the third baby kind of moves or learns the quickest because they’re trying to keep up with their siblings, and he’s on it,” Ciara said during a recent interview with PEOPLE. “He’s talking really early, he’s moving, he’s a big baby and he’s really tall,” the recording artist said of her youngest child.

Ciara and Russell Wilson parent three kids together. Russell recently expressed his desire to expand the family by more children in the near future to which Ciara positively responded. “Yaaaasssss,” the celebrity mom responded after Russell’s request on ELLEN went viral. “We will have more babies, baby,” Ciara told her husband.