"We Should Take A Bet" 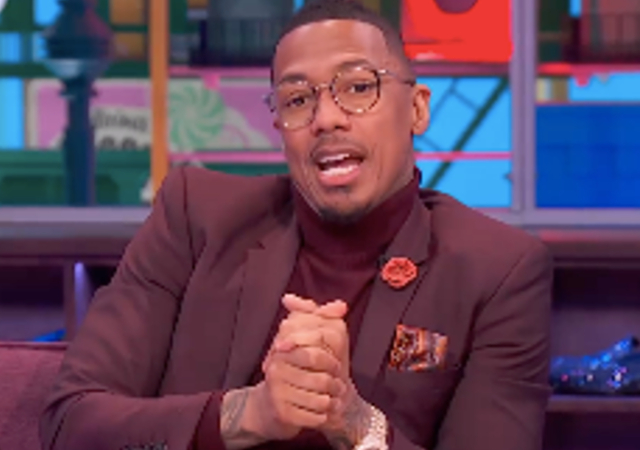 Nick Cannon is not ready to definitively say he does not want more children. The television personality recently sat down with WFAN’s Carton & Roberts to talk about his new gig as host of 94.7 ‘The Block’ station when the notion of more kids came up.

“Father’s Day is about to be exciting,” Nick said when asked whether he would consider having more kids after welcoming his eighth child later this year. “Hopefully it’s a day I receive, every other day is expensive,” the celebrity father mused. “A lot of macaroni necklaces and construction paper string art … I don’t know,” Nick continued.

“We should take a bet,” the celebrity father said when addressing the notion of welcoming another child in the coming month. “Right now, I’m good,” Nick declared. “Never say never.”

Nick Cannon has received both praise and criticism for his blended family. Some appreciate the celebrity’s quest to have as many children as the universe will allow. Others, however, scrutinize Nick for having kids with more than one woman.

Cannon made it clear that he had no desire to follow Western ideologies regarding marriage and family. “That’s a Eurocentric concept when you think about the ideas of you’re supposed to have this one person for the rest of your life,” Nick said during a recent interview with The Breakfast Club. “And really that’s just to classify property when you think about it,” the celebrity added.

“I don’t have ownership of any of the mothers. We create families in the sense of we created a beautiful entity,” Nick said in reference to the mothers of his children. “It’s about what exchange can we create together,” the celebrity father shared.