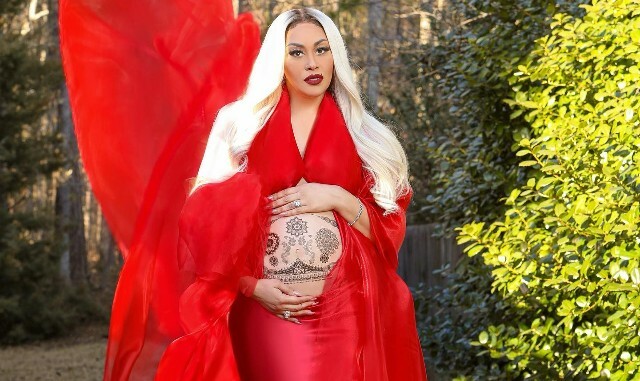 Pregnant Keke Wyatt is not opposed to having a twelfth baby. The recording artist recently told Us Weekly exclusively that she is open to expanding the family even more after giving birth to her eleventh child.

“Well, my hunnie, [Zackariah Darring], can wear a [‘Last One’] shirt all he wants, [but] I have learned never say never,” Keke told Us. “So we shall see,” the recording artist said.

Keke Wyatt and Zackariah Darring announced their expectancy of baby number eleven this past weekend. Wyatt took to Instagram to share pictures from the family’s latest photoshoot, which featured all members of the group wearing t-shirts that indicated Keke’s pregnancy. The kids wore shirts that either read “Big Brother” or “Big Sister.” Meanwhile, Keke wore a shirt that read “Baby Loading” to announce her pregnancy.

“My husband, Zackariah David Darring, and I are proud to announce that our family will be adding a ‘plus 1’ to the Wyatt Bunch,” Keke told her social media fans. “Our other daughter @0fficial.kaylaaaa wasn’t available for the picture but you’re with us in spirit Shuga,” Wyatt shared in reference to her daughter Kayla Ford’s absence.

Some have scrutinized Keke Wyatt for having a big family. The celebrity, however, has ignored the criticism and appears open to having as many children as the universe allows.

“I think I have an anointing on motherhood,” Keke Wyatt told the press several years ago. “I know it sounds funny, but I really think that it’s a gift of mine,” the recording artist shared. “That’s one of my many gifts [and] talents,” Keke further explained. “It can be difficult, but when you love something and are passionate about it, it’s not really that hard.”

Keke Wyatt has three kids – Ke’Tarah, Keyver, and Rahjah – with her first husband, Rahmat Morton. The celebrity has four kids – Kendall, Ke’Yoshi, Ke’Mar, and Wyatt – with her second husband, Michael Jamar Ford. Keke Wyatt and Zazkariah Darring are expecting their little one to arrive later this year.

TAMERA MOWRY, HUSBAND ADAM HOUSLEY AND KIDS LIVE IT UP IN HAWAII

TAMERA MOWRY, HUSBAND ADAM HOUSLEY AND KIDS LIVE IT UP IN HAWAII