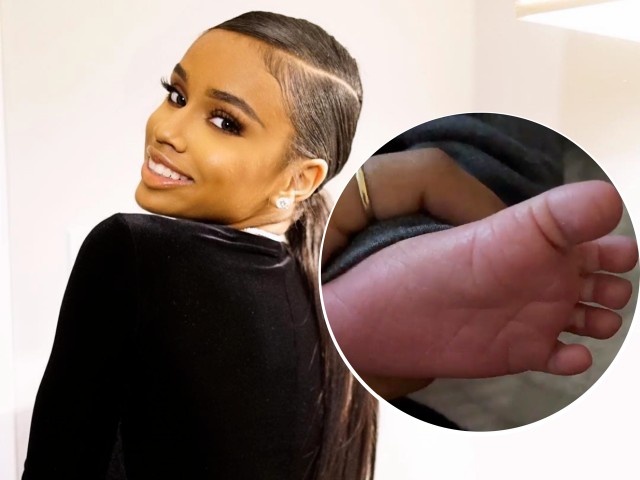 Floyd Mayweather’s daughter, Iyanna Yaya Mayweather, has welcomed her first child with NBA Youngboy. The 20-year-old made the announcement on her Instagram stories with a photo of her baby boy’s foot.

In November, Floyd Mayweather confirmed his daughter’s expectancy while speaking candidly about his family with Hollywood Unlocked: Uncensored:

“I just want the best for my daughter,” Floyd shared with Hollywood Unlocked. “Always want the best,” the celebrity father continued.

“If that makes her happy, then we’re happy,” Floyd said of Yaya’s expectancy with her boyfriend, NBA YoungBoy. “What I try not to do is get in her personal business. Because once she’s no longer under my roof, then it’s between her and her better half.”

Yaya celebrated at her baby shower in November, but her baby’s father, NBA YoungBoy, was not in attendance. Floyd shared during his interview that he and the rapper do not have a good relationship.

“Well, my thing is this: it has to do with your upbringing,” Floyd said of NBA Young Boy’s behavior towards him. “It starts in the home first,” the celebrity father explained. “What I’ve always taught my daughter is this: always be respectful when you’re going to anyone’s home. And whatever goes on in your home, don’t talk about it to the world. As far as NBA … I look at NBA YoungBoy as a child. I can’t get upset with a kid like that.”

This is Yaya’s first child, and YoungBoy’s seventh at the age of 21, according to several sources.