Home » NEWS » NICK CANNON APOLOGIZES TO ALYSSA SCOTT: ‘I PROBABLY WENT TOO MUCH INTO DETAIL’

NICK CANNON APOLOGIZES TO ALYSSA SCOTT: ‘I PROBABLY WENT TOO MUCH INTO DETAIL’ 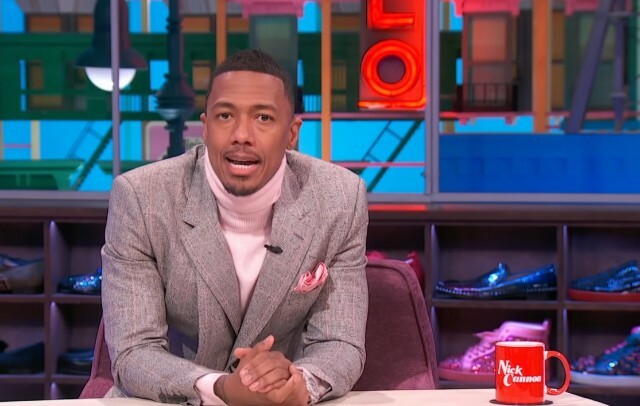 Nick Cannon issued a public apology to Alyssa Scott after she blasted him for including their late son, Zen Cannon, in his and Bre Tiesi’s pregnancy announcement on Monday (Jan. 31). The celebrity reserved a segment to address the controversy.

“I would like to address some of the comments that I made on Monday’s show,” Nick began his speech. “I wish to always protect and respect the privacy of the mothers of all my children,” the celebrity father said. “I failed to do so on Monday because it was a lot going on. I didn’t know how to explain it. I didn’t know what to say. So I was probably talking too fast and probably misspoke. I know I can do better with delicate and sensitive discussions.”

Alyssa Scott called Nick Cannon out on Monday after the celebrity father included their late son in his confirmation of expecting another child. “I didn’t know what to say when I was dealing with Zen or to hold off,” Nick told his talk show audience. “Even right now, that it came out yesterday (Sunday, January 29, 2022), that wasn’t planned to talk about it. We wanted to, you know, hold on as long as we can, but it happened. We here and I’m with my family.”

Alyssa Scott issued a statement on Instagram shortly after Nick’s announcement that criticized her late son’s father for including their son. “It is painful having my son be a part of conversations that aren’t in alignment with his light and legacy,” Alyssa told her supporters. “It isn’t something I chose for him or myself,” the model added.

“I probably went too much into detail on Monday [when] expressing my feelings,” Nick told his talk show viewers on Thursday (Feb. 3). “And it felt like I was probably making some comparatives when talking about the passing of my son, Zen, and then also talking about the new child I’m expecting,” the celebrity father shared.

“I didn’t have to do that. I didn’t need to do that because those are two completely separate moments in my life and in life. And they both deserve the respect [of being separated]. Grieving is a process, and I’m still grieving each and every single day.”

Zen Cannon passed away on December 5, 2021. He was Nick Cannon and Alyssa Scott’s only child. Nick is expecting his eighth child to arrive in the coming months.