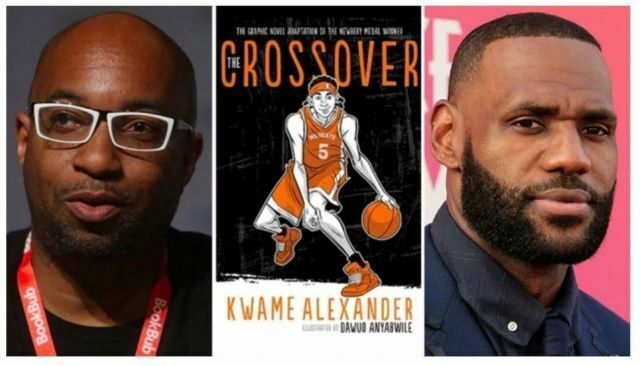 LeBron James is undeniably the king of the basketball court. Now, the LA Laker is headed to take on a new venture, production as he is set to produce a new Disney+ series inspired by “The Crossover” book.

“13 years ago I starting writing a book in #panerabread in Herndon, VA…it was a month or so after the @lakers beat the Magic 4-1 in the #NBAFinals (The series was nicknamed “The Disney Series” because Disney owned @espn and the Finals broadcaster, @abcnetwork and because Disney World is 20 miles from Orlando and Disney Land is 30 miles from LA),” Kwame Alexander, author of “The Crossover” posted on Instagram.

He continued, “The Mamba was MVP…I’m not predicting this years finals…These are just facts people. It’s #GameOn and the kings have arrived…Let the circle be unbroken…#Victorious #TheCrossover on @disneyplus.”

If you didn’t know, the 37-year-old basketball star has his production company, the SpringHill Company. James will executive produce the new upcoming series.

“We’re honored to bring Kwame Alexander’s poignant, emotional and poetic story to our Disney+ audience in partnership with this outstanding group of creative talent,” Ayo Davis, president of Disney Branded Television, shared in a recent statement.

So are you wondering just what is “The Crossover” all about? Well, according to Justjaredjr.com, checkout a brief synopsis below.

“The Crossover” introduces teen brothers Josh and JB Bell, widely considered basketball phenomenon. Through his lyrical poetry, Josh narrates the story of their coming-of-age, on and off the court, as their former professional basketball player father adjusts to life after basketball, and their mother finally gets to pursue dreams of her own.

Production will begin in February on this new show.

Want a list of other enjoyable titles to read while you wait by Kwame Alexander? Click here to browse and enjoy!