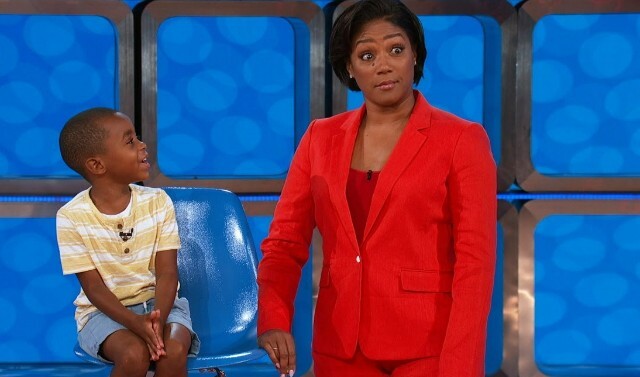 Tiffany Haddish is not making plans to adopt a child right now. The Kids Say The Darndest Things host recent told the press that she may consider opening her home to a kid in the coming months.

“I just went to Africa. I was just in Eritrea, and people were trying to give me their kids,” Tiffany told E!’s Daily Pop “I was like, ‘Hold up now, I gotta get the paperwork right now. I can’t just be taking kids with me.'” Haddish clarified that she was not looking to adopt any children at present. “Not right now,” the entertainer said. “But maybe at the end of the year, beginning of next year,” Haddish offered.

It was last year that Tiffany Haddish presented the notion of adoption to the press. The celebrity explained why a surrogate was not the right choice for her lifestyle.

“I don’t wanna pay nobody to carry my baby,” Tiffany shared at the time. “Then I [would] have to go through a process of giving myself injections and all that stuff,” Haddish said.

“I’m taking parenting classes now to adopt,” Tiffany revealed. “I’m looking at, you know, 5 and up — really like 7,” the entertainer further shared. “I want them to be able to know how to use the restroom on their own and talk. I want them to know that I put in the work and I wanted them.”

Tiffany Haddish was adopted as a child after going through the foster care system. Such is part of the reason why the celebrity is so passionate about starting her family through adoption.

“Especially after this pandemic, there are so many children left without their parents,” Haddish shared during an interview last year. “There are a lot of people that need to be loved,” the comedienne added.

“All I want to do is pour knowledge in… Get them ready for the big, bad world. That’s what I want to do.”