"I Don't Wanna Pay Nobody To Carry My Baby" 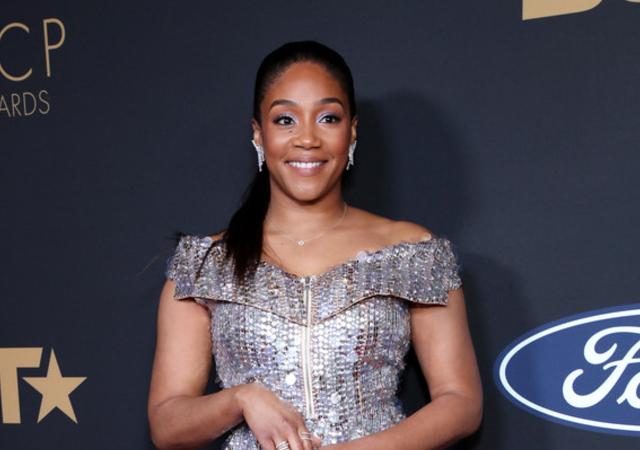 Tiffany Haddish is looking forward to becoming a mom. The comedienne tells E!’s Daily Pop that she is currently taking parenting classes for adoption.

“I’m taking parenting classes now to adopt,” Haddish reveals. “I’m looking at, you know, 5 and up — really like 7. I want them to be able to know how to use the restroom on their own and talk. I want them to know that I put in the work and I wanted them,” the celebrity explains.

Some women look into surrogacy before seeking adoption options. Tiffany Haddish, however, decided to go straight to the notion of adoption because she knew family expansion by way of a surrogate was not right for her lifestyle.

“I don’t wanna pay nobody to carry my baby,” Haddish shares with Daily Pop. “Then I [would] have to go through a process of giving myself injections and all that stuff,” the celebrity says. “And I already gave up— here goes something everybody don’t know, I’m gonna tell you: When I was 21 I was really hard up for some money and I gave up a bunch of eggs,” Haddish reveals.

“So who knows,” the comedienne adds. “I might got some kids out here in these streets. I doubt it, though, because I never got the bonus. Maybe somewhere though, in cryo somewhere,” Haddish muses.

Tiffany Haddish’s recent discussion about adoption comes after the celebrity told the press she was afraid to give birth to a child because of racism in America.

“I’m a little older now and people are always asking when I’m gonna have some babies,” Haddish said during an interview with Carmelo Anthony last year. “There’s a part of me that would like to do that, and I always make up these excuses like, ‘Oh, I need a million dollars in the bank before I do that, I need this, I need that,'” Tiffany shared.

“But really, it’s that I would hate to give birth to someone that looks like me,” the celebrity revealed. “Knowing that they’re gonna be hunted or killed. Like, why would I put someone through that?”

BCK Asks: Do you think Tiffany Haddish will adopt a boy or a girl?