"I Have Not Had The Words" 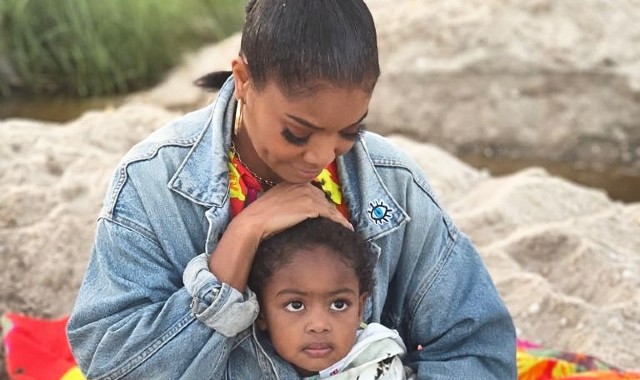 Gabrielle Union is opening up some more about her road to motherhood, which includes surrogacy and Dwyane Wade having a baby with another woman. The L.A.’s Finest star shares her feelings about her then-boyfriend having a son while they were working through things in their relationship.

“In 2013, before we were married, Dwyane had a baby with another woman,” Gabrielle Union tells TIME magazine. “It should go without saying that we were not in a good place at the time that child was conceived,” the veteran actress says.

Dwyane Wade admitted to fathering a son outside of his relationship with Gabrielle Union after rumors spread that he and Reality TV star Aja Metoyer became intimate. “I had a time, a part in our break, in our pain and our hurt, a blessing came out of it in my life,” Dwyane said of his son’s conception and subsequent birth in 2013. “Having a son that was born healthy [was the blessing that came out of it],” the celebrity father told the press.

Dwyane Wade told Gabrielle Union about his son with Aja Metoyer before the public learned of the celebrity father’s son. “We were doing much better when he finally told me about the pregnancy,” Union tells TIME magazine. “To say I was devastated is to pick a word on a low shelf for convenience,” Gabrielle admits.

“There are people—strangers I will never meet—who have been upset that I have not previously talked about that trauma,” the actress reveals. “I have not had words, and even after untold amounts of therapy, I am not sure I have them now.”

Gabrielle also shares her traumatic experience with trying to start a family by natural conception, which ultimately led her and Dwyane to seek out the services of a surrogate.

“I was fighting with my husband about what was best for my body,” Union tells TIME in reference to her husband suggesting she stop trying to conceive. Gabrielle suffered eight or nine miscarriages before going the way of a surrogate to expand her family. “[Dwyane] looked me in the eye. [He said], ‘As much as we want this baby, I want you,'” Union tells the magazine. “[He also said], ‘We’ve lost too much in our relationship for me to be okay with encouraging you to do one more thing to your body and your soul.'”

Dwyane Wade and Gabrielle Union welcomed their daughter, Kaavia James Union Wade, on November 7, 2018. She is the couple’s first child together. Dwyane Wade fathers four kids in all.