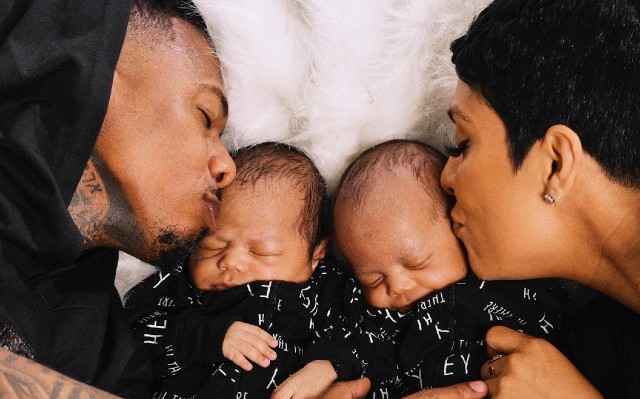 Abby De La Rosa says that she and Nick Cannon planned and manifested their twins.

“Yes, it was planned,” Abby De La Rosa said when asked by a fan if she and Nick Cannon planned to start a family together. “Let me just add that this planning wasn’t like us sitting down with a calendar and being like, ‘You gotta be pregnant by this date,'” Abby clarified during her Instagram Live Q &A session. “It had already been a thought and it happened,” the businesswoman shared. “It had already been out there, it was something we were manifesting and we were just letting it flow.”

Abby De La Rosa and Nick Cannon welcomed their twins, Zion and Zillion, on June 14, 2021. Abby kept the identity of her sons’ father a secret for months. Abby shared candids from her maternity shoot, which featured Nick, weeks before giving birth.

“Our dearest sons – my miracle babies,” Abby De La Rosa wrote to her then-unborn sons. “Thank you for choosing me to be your Mommy,” the businesswoman said. “I know the Lord has destined me and prepared me for the gift of not one but two little angels,” Abby wrote to her sons. “I pray that God gives you both the strength to walk brave and boldly in your individual truth just like your Daddy.”

Abby De La Rosa revealed her desire to have more kids during her recent Instagram Live session. “If God permits,” the entrepreneur said. “And if God doesn’t permit, it’s alright,” Abby told her supporters. “I got two-for-one,” she added. “It was a beautiful journey.”

Abby De La Rosa and Nick Cannon’s twins made her a mom for the first time. Zion and Zillion made Nick Cannon the proud father of six children. Nick welcomed his seventh child with Wild ‘N Out star Alyssa Scott weeks after his twins with Abby De La Rosa were born.

KEVIN HART HAS SOME POOL-TIME FUN WITH HIS KIDS: 'LOOK AT GOD'

KEVIN HART HAS SOME POOL-TIME FUN WITH HIS KIDS: 'LOOK AT GOD'