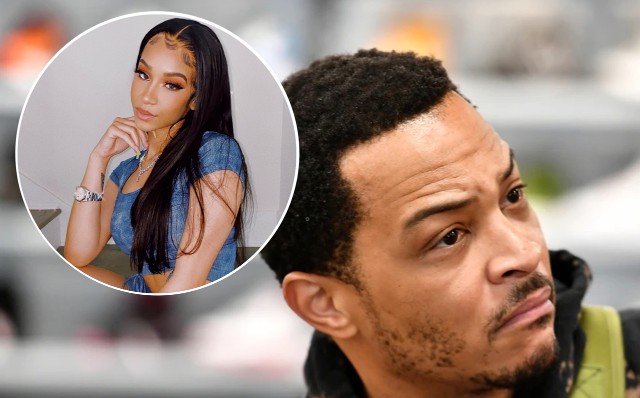 T.I.’s daughter, Deyjah Harris, does not like having her dad’s Type 4 hair. The young adult took to Twitter over the weekend to share her thoughts on her hair, which received mixed emotions from Deyjah’s social media followers. 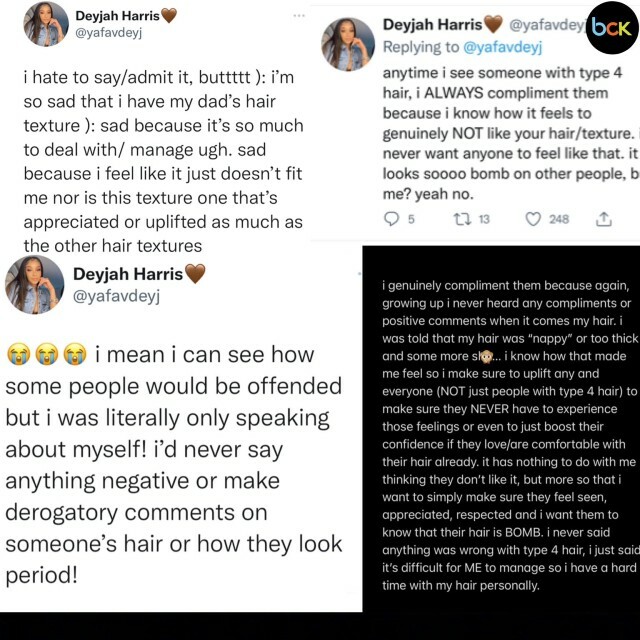 “I hate to say/admit it, but … I’m so sad that I have my dad’s hair texture,” Deyjah shared in a revealing tweet. “Sad because it’s so much to deal with/manage,” the young adult continued. “Sad because I feel like it just doesn’t fit me, nor is this texture one that’s appreciated or uplifted as much as the other hair textures.”

Deyjah went on to tell her fans, “Anytime I see someone with Type 4 hair, I ALWAYS compliment them because I know how it feels to genuinely NOT like your hair/texture. I never want anyone to feel like that. it looks so bomb on other people, but me? yeah no.”

anytime i see someone with type 4 hair, i ALWAYS compliment them because i know how it feels to genuinely NOT like your hair/texture. i never want anyone to feel like that. it looks soooo bomb on other people, but me? yeah no.

Deyjah Harris’ tweet went viral with some accusing the Reality TV star of embracing colorism. “Actually, no,” Deyjah shared in response to the backlash. “I didn’t even mention my skin color nor would I (being that it has nothing to do with hair texture),” the young adult said to one particular critic. “Obviously what you just said was a projection of possibly how YOU feel about yourself,” Deyjah defended.

“I mean, I can see how some people would be offended but I was literally only speaking about myself,” the Reality TV star further explained. “I’d never say anything negative or make derogatory comments on someone’s hair or how they look,” Deyjah added.

“I wasn’t expecting that tweet to become such a big thing,” Harris admitted. “But I’ve had people reach out saying they’re glad to see someone else can relate to how they feel when it comes to my hair. I’m not tripping off anybody else because I know my intentions are in the right place.”

Deyjah Harris is T.I.’s daughter with Ms. Niko. She celebrated her twentieth birthday in June.

DWYANE WADE AND GABRIELLE UNION'S DAUGHTERS LIVE IT UP IN PARIS