Home » NEWS » ANGELA SIMMONS AND SUTTON MODEL FOR NEW ETHIKA CAMPAIGN: ‘A MOTHER AND HER SON’

ANGELA SIMMONS AND SUTTON MODEL FOR NEW ETHIKA CAMPAIGN: ‘A MOTHER AND HER SON’

"New York In Our Blood" 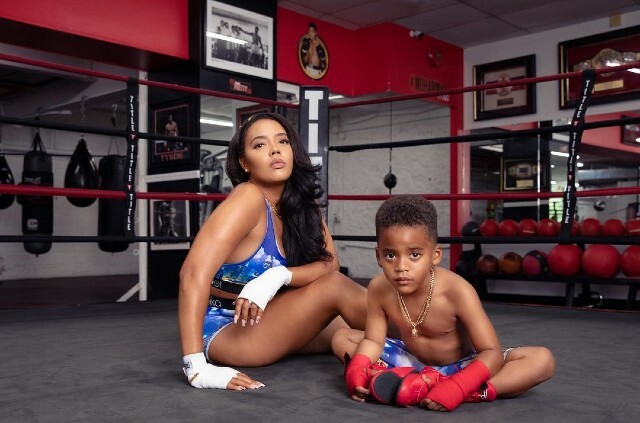 Angela Simmons and her son, Sutton, are campaigning for her latest collaboration with Ethika in a big way. The celebrity mom had her son beside her to serve as a model for her new brand.

“We all the way about it,” Angela told her fans. “@ethika #SJT … New York in our blood,” the celebrity mom said. “[The] collection [is] live now,” Simmons added.

Ethika and Angela Simmons partnered to bring those looking for new athletic gear something edgy yet perfect for a hard day in the gym or outdoors. Angela’s Only Exotics line offers options for men, women, and children. Sutton was the perfect model for the line’s pieces for kids. “Why is he so cute,” Samantha Lee asked. “My goodness,” Lena Huggar added.

Angela Simmons has been an entrepreneur for many years. The celebrity recently spoke with REVOLT about the changes she has made to her approach to business over the years.

“I feel like as a woman, as I’ve evolved,” Angela told the media publication. “I’ve definitely changed direction and changed businesses to where I’m at now versus then,” Simmons revealed. “I learned a lot at a very early age about business. So, I definitely have evolved and have become a different type of businesswoman, for sure.”

Angela went on to tell REVOLT about the advice she would give entrepreneurs starting out. “I think you always have to be willing to readjust if things aren’t going the way that you want them to go in business,” Simmons shared. “I think it’s important to not be afraid to change it up or to fail,” the celebrity added. “I mean, I’ve had times where I may have done something and I didn’t like how it went, and sometimes you cut your ties and you move on, and that’s it. But, it’s all about learning and growing as you go.”

Check out Angela’s Only Exotics line by Ethika here!