"Thank You For All Of Your Love" 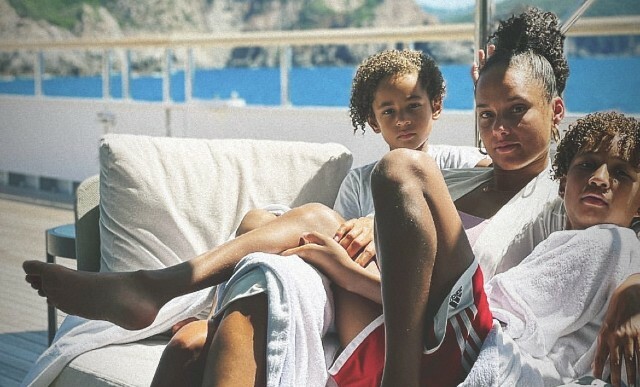 Alicia Keys and Swizz Beatz celebrated their anniversary in a big week a few days ago. The celebrity couple vacationed in France where sea caves created a magical atmosphere.

Four of Swizz’s children were present on the family’s trip to France. Swizz’s daughter, Nicole, could not accompany the family on vacation. 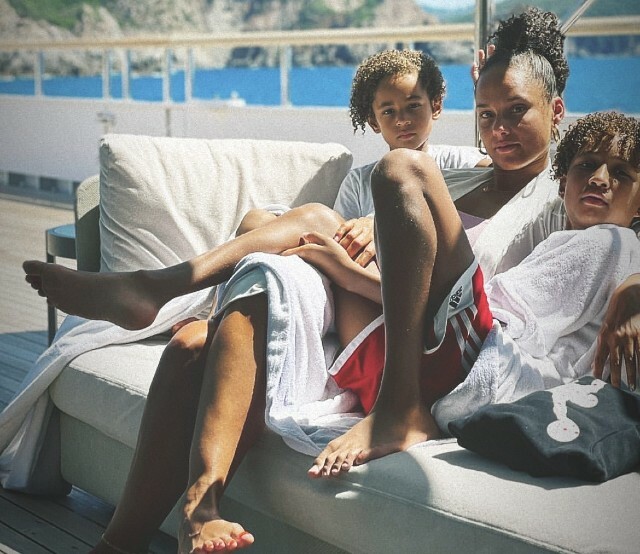 “These sea caves take hundreds of thousands of years to form,” Alicia told her social media fans while showing a picture from the family’s trip. “And look how gorgeous they are,” the recording artist told her Instagram subscribers. “Take your time,” Alicia Keys advised her fans. “The majesty within you is forming.”

Alicia Keys and Swizz Beatz tied the matrimonial knot on July 31, 2010. The celebrities took to Instagram to commemorate their wedding anniversary last week.

“Wow, it’s officially 11yrs today,” Swizz wrote on his and Alicia’s anniversary. “Thank you for all of your love and beyond,” Beatz wrote to his wife. “Your love is the Key to my life Happy anniversary. Mrs. Dean, I love you.” Alicia responded to her husband’s post with a sweet message of her own.

“I adore you beyond words,” Alicia told Swizz. “We belong together, crafted perfectly for each other,” the celebrity mom exclaimed. “I’m in awe of our love! It is revered and deeply respected forever my king.”

Alicia Keys has focused on self-care these past few years. In fact, it was just a few months ago that the ‘No One’ singer debuted her new wellness line, Keys Soulcare, which includes cleansers and body creams for enjoyment. Keys Soulcare even has a candle that includes sage and oat milk.

“I feel more connected than ever to the purpose that I have on this planet,” Alicia Keys said during a recent interview with NPR. “I really believe that we all have a purpose, and I know what I’m here to do and I feel more inspired than ever to do that,” the recording artist declared.

“What I feel that I’m here to do is to create the alternative,” Keys further explained. “And I actually think that that’s been a part of my mission since the very beginning,” she added. “I have recently also learned and started to identify with all of these more diverse sides within myself. And I believe that I’m here to kind of bring an energy, a light, a strength of hope that — damn, we need it bad, we need it right now, and I want to bring it because there’s a lot of ways to do it and we need it.”

Alicia Keys and Swizz Beatz have two sons, Egypt and Genesis, together. Swizz’s daughter and older sons, Prince Nasir and Kasseem Jr., are his kids from previous relations.

CHRIS BROWN PENS TOUCHING MESSAGES TO HIS SON AND DAUGHTER