"We Miss Our Guy" 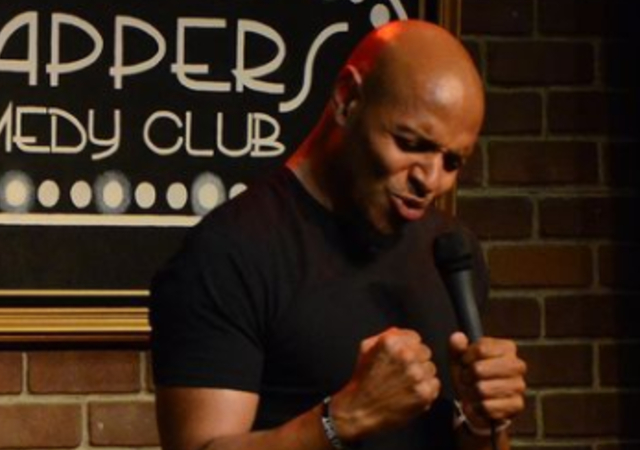 Tony Baker remains in good spirits after losing his 21-year-old son, Cerain Anthony Raekwon Baker, to street racing on Tuesday (August 3). Cerain was one of three individuals killed after a street racer slammed into their vehicle in Burbank, California.

Tony addressed his fans for the first time since the news of his son’s death hit the press on Friday (August 6). “My heart is absolutely broken out here in these streets,” Baker told his supporters. “But you best believe I have still been crackin’ jokes,” the comedian declared.

Tony Baker went on to share clips from his son’s memorial site, which the celebrity father said was made possible by Cerain’s friends. “These kids have been keeping the Vigil goin’ since Wednesday Nite (sic),” Tony said on Friday. “Beautiful,” the celebrity said. “This is tough peeps,” Baker admitted. “But I still been fake pigeon-toed out here. The love is felt. We Miss Our Guy.”

Baker, who has received an outpouring of love and support from several comedians since his son’s untimely death, was amazed at some of the items Cerain’s friends left at the memorial. Tony highlighted one memorial piece, in particular, which was a large bottle of Suave lotion. One of Cerain’s friends wrote a hilarious yet touching message on the side of the bottle.

“You never left without a bottle of lotion,” the friend wrote Tony Baker’s late son. “We thought you might need this up there,” the friend concluded.

“This lets me know I raised my sons RIGHT,” Tony Baker mused. “His friends left him a bottle of lotion at the Vigil,” the comedian added. “My Son Was Not Ashy Out Here On The Streets,” the celebrity father exclaimed. “Fully Moisturized Til The End,” Baker continued. “Now He Rubbin The Lotion Hands Togetha In The Next Level Of Existence.”

Cerain was one of two sons Tony Bakers has with his ex-wife.