"What's So Amazing About This?" 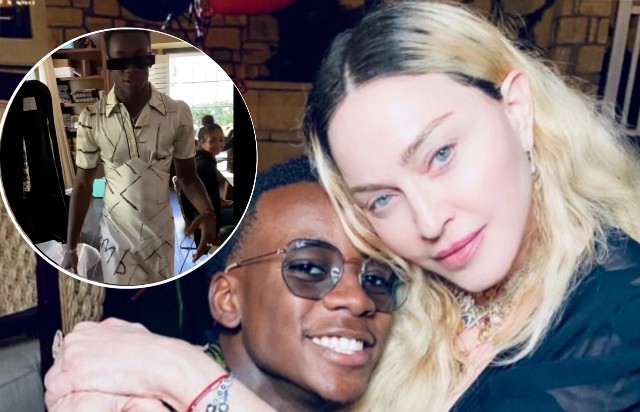 Madonna’s son, David Banda, modeled in a dress this past weekend. Some fans loved the confidence David exuded while walking around in the gown. Others criticized Madonna for celebrating her son’s decision to wear a dress.

“A dude in a dress. What’s so amazing about this,” one critic asked. Another fan wrote, “Her (sic) and Charlize Theron got a thing about emasculating Black boys.” One critic agreed and accused Madonna of committing child abuse with her “feminization of the Black male.”

This is not the first time that Madonna has been the subject of controversy. The recording artist came under fire last year after posting a video of David Banda dancing after the murder of George Floyd. Madonna told her social media fans her son wanted to dance as a way of paying tribute to Floyd. Some fans did not see the act as honorable.

“A bit insensitive as you’re a person with a platform to voice their concern, you should be doing a lot more,” one social media fan said. “Having your adopted Black son dance ain’t going to force change to happen.” Another critic wrote, “Good intentions but completely tone-deaf. Dancing away the racism of murderous cops won’t actually do anything. But thanks for trying!”

Madonna had strong words about the death of George Floyd that thoroughly scrutinized the police officer who murdered him. “This officer knew he was being filmed and murdered him with arrogance and pride,” Madonna shared on Instagram. “This has to stop,” the recording artist declared. “Until we can overcome racism in America – no one should be allowed to carry a gun. Most of all cops. God bless you, George Floyd. I’m so sorry for you and your family. And all the senseless killings that have gone before you.”

Madonna has six kids. David is the celebrity mom’s adopted son from Malawi.