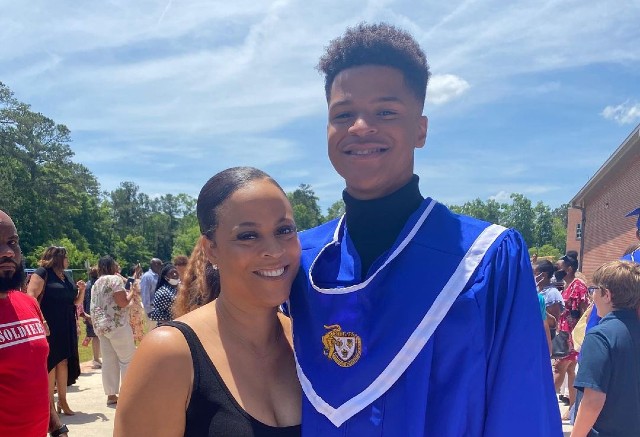 Congratulations to Shaunie and Shaquille O’Neal’s son, Shaqir, who graduated from high school this past weekend. Shaunie shared several pictures and video clips from the commencement ceremony with her Instagram fans. 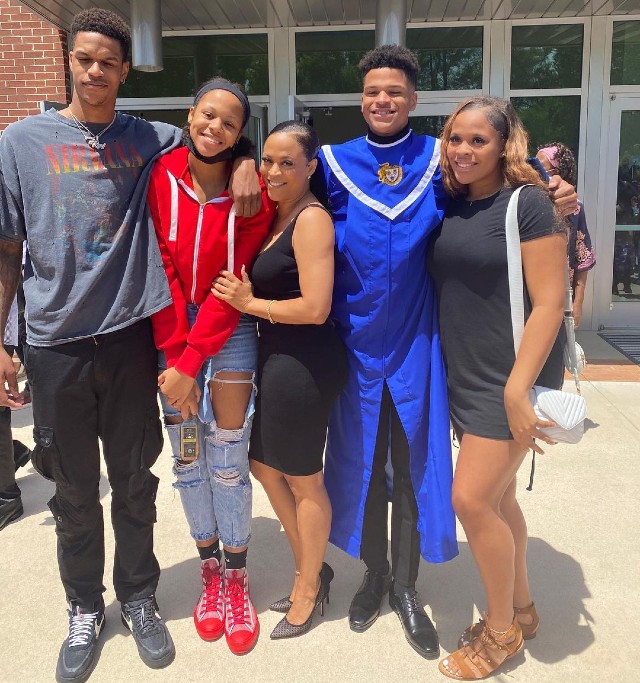 “My Baby @shaqironeall graduated from high school yesterday,” Shaunie told her social media fans on Sunday (May 24). “Mommy loves you and is beyond proud of the young man you are becoming,” the celebrity mom wrote to her son. “You Did It Baby,” Shaunie said.

The celebrity mom also uploaded a video clip of herself cheering for Shaqir at the commencement ceremony. Shaunie could hardly wait for her son’s name to be called before celebrating his accomplishment.

Shaqir O’Neal committed to Texas Southern University (TSU) with a basketball scholarship to attend the Historically Black College or University (HBCU). Shaqir had other offers from colleges and universities in the country, which included scholarships to attend more popular universities known to have basketball players drafted for the NBA, but chose TSU to change the narrative of HBCUs in relation to professional draft picks.

It is not common for basketball prospects to choose an HBCU if they want to play for the NBA. Shaqir chose the road less traveled in the hope of bolstering HBCUs as well as promoting the notion that an individual’s hard work, not necessarily the school he or she chooses, is what recruiters want to see.

“I just wanted to change the narrative of culture and do something new,” Shaqir said of his decision to attend TSU during a recent interview. “A lot of people are going to follow me,” the young athlete declared. “You can expect a lot of buckets,” Shaqir added. “I’m trying to get to the league.”