Basketball Is In His Blood! 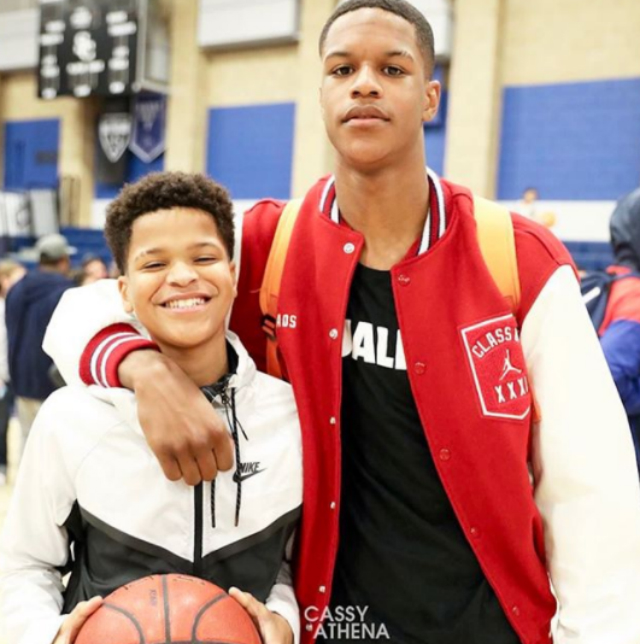 Shaqir O’Neal appears to have plans of following in his older brother’s footsteps. The 15-year-old already has several videos online that show off his basketball talent on the court.

In particular, Shaqir has a jump shot that is nothing short of fabulous. The teen has a sort of rhythm when it comes to shooting three-pointers that many athletes his age do not possess. Of course, there is room for improvement in young Shaqir’s game. The rising talent, however, appears to be well on his way to success just like his older brother, Shareef.

Shaq has got to be the epitome of proud right now. After all, it was just a few weeks ago that his older son committed to UCLA after several college teams vied for his attention. Shareef initially planned to attend and play for the University of Arizona. The scandal surrounding Wildcats Head Coach Scott Miller, however, changed the young athlete’s mind.

“At this time, I am opening up my recruitment due to the current events with the UofA Bball team,” Shareef said of his decision to rescind his commitment to the school. “I would like to thank all the coaches for recruiting me,” he continued. “At the time my family and I think it’s in my best interest to look at other options to assure my play in the NCAA next year.”

Will Shaqir follow in his older brother’s footsteps by attending UCLA in coming years? We’ll have to keep watching to find out!