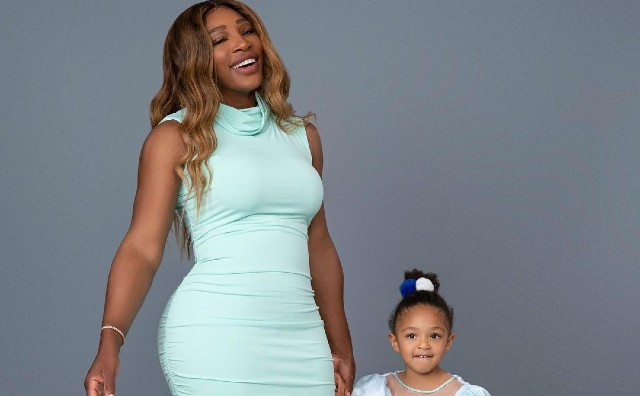 Serena Williams has a balance about her that her husband, Alexis Ohanian Sr., adores. The celebrity father tells CBS This Morning that his wife’s ability to juggle her responsibilities at home with those at work is beyond impressive.

“What she hit on the head was the fact that I had a kind of a warped view of the path to excellence and the path to greatness being a direct result of just pure work,” Alexis tells the media source. Ohanian co-founded Reddit in 2005 and has established several successful ventures since then that previously kept him more occupied at the office than at home. The entrepreneur has worked to shift his focus since starting a family.

“One thing that I’m still working on is balancing that with time off, with time away, with time to reset and recharge,” Alexis tells CBS This Morning of his efforts to find a balance between work and home. “Something [Serena’s] really good at is shutting it off and focusing on family time or personal time,” Ohanian shares. “I’m always a smartphone away from dipping back into a term sheet or dipping back into work.”

Alexis Ohanian took advantage of his company’s paternal leave after his daughter Alexis Olympia’s birth in 2017. “I wanted to set an example as a leader of my company and a leader in the tech industry,” Alexis says of his decision. “I wanted to role model the kind of behavior I wanted my employees to follow, especially men,” the celebrity father reveals.

“I had never grown up around babies,” Alexis tells CBS This Morning. “Just getting that time, even the slightly loopy late-nights trying to calm her back to sleep were moments that I’m grateful I got to spend because I think they laid a foundation for me,” the celebrity father explains.

“There’s a lot of stuff you just learn on the fly as a parent,” Alexis tells the press. “Going through that period [of paternity leave] and having the time to just learn on the go and improvise and actually feel like it’s going to work out gave me the confidence to know, no matter what, I can be there for her, I can figure it out, we’ll get through it.”