"It's Not Easy Doing It Alone" 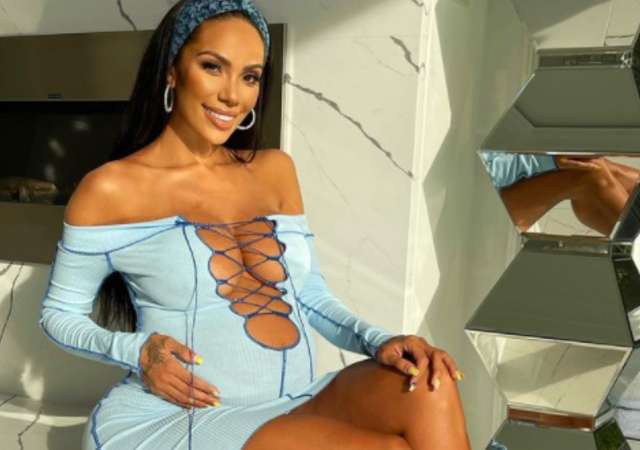 Erica Mena has filed for divorce days after telling a fan she is doing life on her own. The news comes as Erica is expecting her second child with her estranged husband, Safaree.

“The Love and Hip Hop star just filed for divorce last Friday in Fayette County Superior Court in Georgia — where they appear to have formally tied the knot in late 2019, and where they currently reside.

According to the docs, obtained by TMZ, Erica is asking for primary physical custody of their 1-year-old daughter, Safire, but she’s willing to share joint legal custody with Safaree. She’s also indicated she wants child support, plus … exclusive use of the home they currently share.”

The news of Erica filing for divorce comes days after the Love and Hip Hop star telling a fan that pregnancy was especially difficult because she was doing things on her own. “Absolutely never getting pregnant again,” Erica said to a fan who expressed excitement about the celebrity’s expectancy. “It’s not easy doing it alone,” Mena declared.

Both Safaree and Erica Mena have aired out their marital problems online. It was just a few months ago that Safaree declared marriage as one of the biggest mistakes of his life. Erica followed up to such a bold statement by telling her fans that she, too, believed her marriage to Safaree was a mistake.

Wendy Williams alluded to the notion of Erica and Safaree heading towards marriage dissolution during a recent segment on her talk show. The television personality advised the celebrities to stop threatening to divorce one another online and to, instead, keep their family affairs private.

“You all need to grow up and grow into being parents,” Wendy told Erica and Safaree. “And if you’re not going to want to be married, then just get a divorce and co-parent,” the talk show host declared.

Erica took issue with Wendy’s statement and responded with a post that she later deleted after receiving backlash. The Love and Hip Hop star will soon be a mom of three kids.